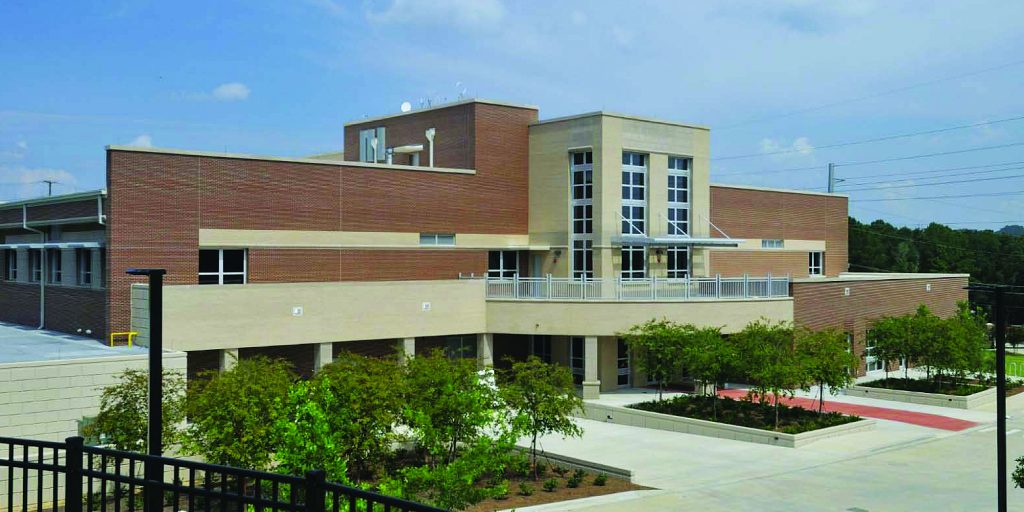 Home to the state capital of Tallahassee, Leon County, Fla., has approximately 284,000 residents, plus a growing population from two universities and a community college. Together, the city and county sought to consolidate emergency services and improve response times by uniting four agencies under one roof—the Tallahassee Police and Fire Departments, Leon County Sheriff’s Office and Leon County Emergency Medical Services.

Leon County receives approximately 230,000 emergency and administrative calls each year. Call volume, which was once divided by and transferred between the two previous centers, caused delays. By consolidating the services to one facility, the city and county were able to save on costs and improve services, according to Construction Manager Carl Morgan. “We needed to provide a forum for cooperation and collaboration. This facility is intended to facilitate that process,” he says.

Morgan touts the innovations of the Complex, which relied on local contractors and supplies for construction. “86 percent of the construction value is going back into the local economy,” Morgan says.

The technological innovations of the Complex allow for continued energy savings. Morgan says each innovation works in tandem with the others, to support overall operations and ensure the Complex remains “threat resistant, self-sustaining, redundant, flexible, scalable and efficient”.

The Complex features a geothermal cooling system, advanced lighting systems, and a data center that integrates hot isle containment with in-row cooling supplied from the house refrigeration system, among other state-of-the-art offerings.

Vincent Long, county administrator, praised the project that, despite the rough economy, came to fruition on time and at $2.5 million under budget.

“We accomplished something which will save lives, prevent accidents, protect property and improve patient outcomes for many years to come,” he says.