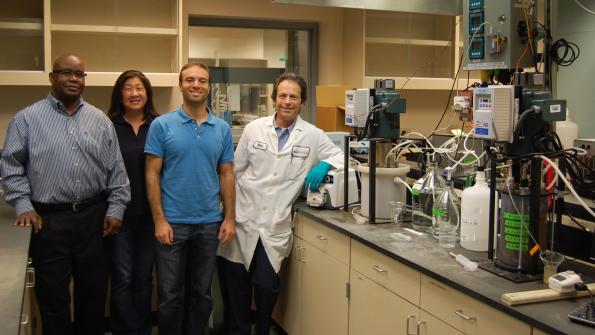 When it comes to wastewater, California is making great – and environmentally innovative – strides. In Kerman, the wastewater division showcases solar energy, and in Antioch, the Delta Diablo Sanitation District converts nitrogen from wastewater into a renewable energy source.

When it comes to wastewater, California is making great – and environmentally innovative – strides. In Kerman, the wastewater division showcases solar energy, and in Antioch, the Delta Diablo Sanitation District converts nitrogen from wastewater into a renewable energy source. 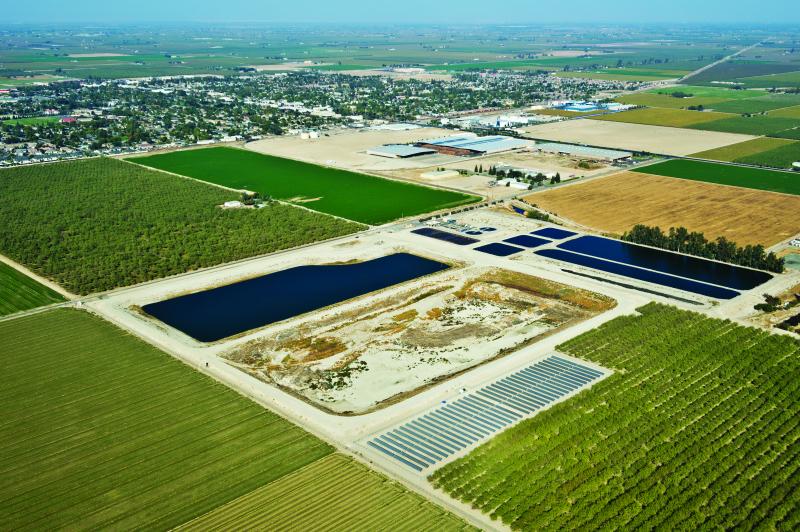 In August 2012, officials in Kerman, Calif. – located just west of Fresno in the heart of San Joaquin Valley – completed one of the largest capital improvement projects in the municipality’s history.

The expansion boosted plant capacity from 1.1 million to 2 million gallons per day, while reducing the amount of nitrates seeping into the soil.

But with the expansion – financed through a federal grant and a state loan – came a major, new challenge: higher electricity costs.  Extracting, treating and distributing water consumes a great deal of energy, and the facility’s greater size elevated its overall electricity requirements nearly threefold.

Municipal leaders came up with a solution to this new problem in a way that would cut costs, and also generate employment, promote sustainability and significantly shield Kerman taxpayers from future increases in utility costs. Kerman chose to pursue solar photovoltaics (PV) as an energy source for the plant.

In October 2013, Kerman dedicated a state-of-the-art solar installation at the wastewater treatment plant that provides 70 percent of the plant’s energy needs by generating power at a rate of 940,000 kilowatt hours annually.

By utilizing the solar installation, taxpayers now enjoy an approximately 40-percent net reduction in plant-related electricity costs, equal to a savings of more than $95,000 per year.  And beyond cost savings, the deployment of clean and renewable solar power delivers an array of environmental benefits to California.

“By going solar, Kerman is offsetting the increase in electricity, reducing our net-energy costs, and protecting our budget against future utility-rate increases while creating local jobs,” says Mayor Gary Yep.

He also points out that the solar-powered public-private partnership would reduce Kerman’s electricity costs for 20 years.  And, thanks to the power purchase agreement with ConEdison Solutions, Kerman was able to have solar sited at the treatment plant with no upfront costs.

The team, led by Dr. Yaniv Scherson, developed the concept using synthetic wastewater with a two-year Environmental Venture project grant from the Stanford Woods Institute for the Environment beginning in 2009. They set up a bench-scale system in the Delta Diablo Sanitation District lab in 2012 that proved successful. Now the team is building a pilot unit to demonstrate the technology at one-hundredth of full scale at the Delta Diablo plant, running 24/7.

“Delta Diablo’s innovative and motivated team of environmental stewards made this a natural and successful partnership,” Scherson says.  “I also believe the east Contra Costa County corridor is uniquely situated and well suited to become a hub for water innovation due to its close proximity to several major universities, transport systems and the Delta.”

Heading up the project at Delta Diablo is Environmental Compliance Engineer Amanda Roa, who says the district is proud to partner with Stanford University researchers. “Exploring and supporting this project reflects our resource recovery mission by supplementing our existing renewable energy production to help offset costs of running our plant,” she says.

The TomKat Center for Sustainable Energy at Stanford University is funding the hardware for the pilot project. Other support is being provided by the National Science Foundation Engineering Research Center for Reinventing the Nation’s Urban Water Infrastructure (ReNUWIt), an additional National Science Foundation grant and a grant from Veolia Water.