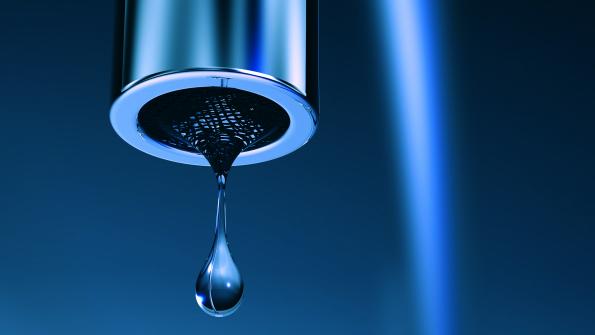 Finding an unconventional source of income, Howard County, Md., has agreed to sell the National Security Agency (NSA) its wastewater. The wastewater will be used to cool a large data center being built by the NSA at nearby Fort Meade.

The NSA plans to buy wastewater from the county, at the rate of $2 million a year, and channel the water into the agency’s new data center to cool the center's electronic equipment. According to The Baltimore Sun, The NSA will foot the bill for a new $40 million pump station to channel the water, which would otherwise be pumped by the county into the Little Patuxent River. Once the NSA’s data center is fully operational, the station will supply the NSA facility with up to 5 million gallons of reclaimed wastewater a day.

Citing positive economic and environmental outcomes, Howard County Executive Ken Ulman told The Baltimore Sun, “There are so many benefits to this project.” And the benefits aren’t only for Howard County. Datacenter Dynamics reports if the NSA center were to use regular potable water, the costs for cooling could double or triple.

But not everyone is pleased with the plan. The Washington Post reports activist groups concerned with the NSA's recent abuses, have targeted similar deals – most notably in Utah where the NSA recently completed a large data center. These activists groups have lobbied state officials to prohibit local governments from providing the NSA with water and other utilities, in an attempt to stymie the agency’s surveillance goals. A push to halt such a deal in Maryland deal is underway.

“Maryland is one of the most crucial states in this national campaign,” Shahid Buttar, executive director of the Bill of Rights Defense Committee in Washington, told The Baltimore Sun. “Because Congress has been so abysmally dysfunctional and inactive in the oversight arena for the last 10 years, the municipal checks and balances are really all that we the people have had an opportunity to exercise.”

The Maryland data center’s purpose is to assist in “front-line defense against immediate [online] threats,” Gen. Keith Alexander, the director of the NSA, said at the center’s May groundbreaking, according to The Baltimore Sun. Officials say the center will help analysts identify and combat cyber attacks on US computer networks aimed at stealing identities, intellectual property or other sensitive materials.

The Washington Post reports that Harvey Davis, director of installation and logistics at the NSA, said the arrangement in Maryland is “dramatically beneficial for the taxpayers and also really good for the ecosystem.” The 600,000 square foot NSA data center is set to open in 2016.