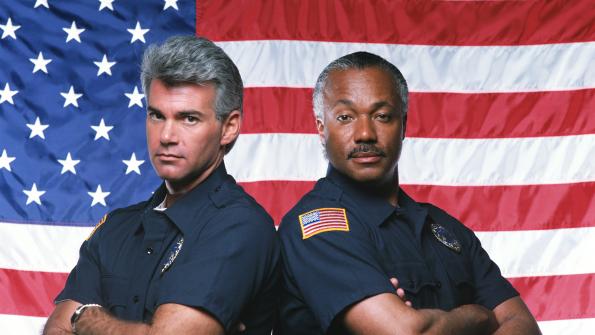 In some of the country’s communities, sheriffs are refusing to enforce new gun control measures, saying the laws are too general and violate the Second Amendment.

In some areas, sheriffs departments are refusing to enforce new gun control legisation, saying the laws are too vague and infringe on Second Amendment rights.

In a now-familiar display meant to showcase the difficulties of enforcing gun control laws, Sheriff John Cooke, of Weld County, Colo., held up two 30-round magazines, one that was purchased before July 1, when the law banning new sales of “high capacity” magazines was passed, and the other, which "might have been obtained after." The New York Times reports Cooke then shuffled the magazines around, and asked his audience to point out which of the pair is illegal.

“How is a deputy or an officer supposed to know which is which?,” he asks.

Stricter firearm regulations passed across the country in the wake of mass shootings at Aurora, Colo., and Newtown, Conn., have been lauded by gun control advocates. In Colorado, background checks on the 3,445 private gun sales since the laws inception have denied sales to 70 people, according to The New York Times.

However, 55 of the 62 elected sheriffs in Colorado have joined in a federal lawsuit challenging the constitutionality of the state’s new gun control laws, which outlaw magazines holding over 15 rounds and mandate background checks for private gun transfers.

Opposition isn’t limited to Colorado. In the wake of the Newtown school shooting, Linn County, Ore., Sheriff Tim Mueller went on record saying neither he nor his deputies would cooperate with federal officials in disarming his citizens, according to The Albany Democrat-Herald. He wrote a letter to Vice President Joe Biden, after Biden presented President Obama with a list of gun control recommendations.

Mueller wrote, “In the wake of recent criminal events, politicians are attempting to exploit the deaths of innocent victims by advocating for laws that would prevent honest, law-abiding Americans from possessing certain firearms,” and added, “We must not allow, nor shall we tolerate, the actions of criminals – no matter how heinous the crimes – to prompt politicians to enact laws that will infringe upon the liberties of responsible citizens who have broken no laws.”

In New York State, two sheriffs have publicly stated they would not enforce the laws singed into law last year by Gov. Andrew Cuomo, according to The New York Times.

Matthew J. Parlow, a law professor at Marquette University, told The New York Times there little can be done over a sheriff’s refusal to enforce certain laws. He noted that some states have laws in place that allow the governor, in the face of egregious misconduct, to remove pubic officials, but many governors are reluctant to use this authority. Parlow said any consequences from a sheriff’s refusal to enforce certain laws would have to come from the voters.

The New York Times reports Cuomo said the defiance has set “a dangerous and frightening precedent.”