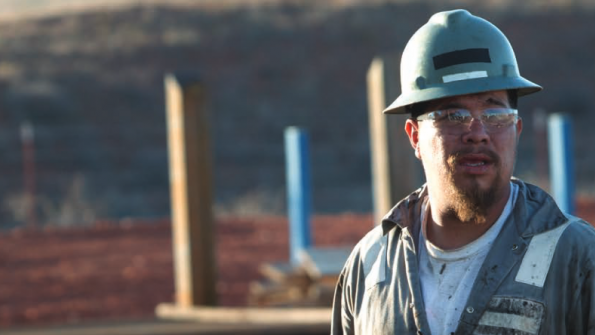 American petroleum industry at a crossroads

America is poised to become a petroleum superpower, but policy issues may impede growth.

With technological advancements, America now has the potential to become the world’s leading producer of petroleum and natural gas.

In his address yesterday on the state of the petroleum industry, Jack Gerard, president and CEO of the American Petroleum Institute (API), said that American energy stands at a crossroads. He argued that policy decisions now will impact the future success of the petroleum industry, and, by association, the respective success of the communities touched by it.

The scope of the petroleum industry is tremendous. It is a major investor in both the public and private sectors, according to a report released by API, supporting $1.2 trillion in U.S Gross Domestic Product in 2011, or roughly 8 percent of the entire U.S. economy. 9.8 million jobs, or 5.6 of total U.S. Employment, is tied to petroleum.

These numbers have the potential to grow, said Gerard, but only if pro-growth policies are enacted.

One of the most contentious of the policy arguments today centers around hydraulic fracturing and horizontal drilling – sometimes called “fracking.” Gerard called the method a “game changer,” saying “Hydraulic fracturing is essential to the development of tied oil and shale plays that will allow us to achieve our potential as an energy superpower.”

Because of hydraulic fracturing, North Dakota was able to increase its petroleum output exponentially. Gerard says that last year, the state produced nearly a million barrels of oil a day. If it were a country, North Dakota would rank among the top 20 oil producing nations in the world.

But some communities and environmental activists fear the environmental consequences of fracking. The Los Angeles Times reports Mora County, N.M., was the first American county to ban hydraulic fracturing as an attempt to protect water supplies from pollutants. Such pollutants have been cause for concern in places like Pennsylvania where local wells in areas with fracking recorded levels of methane gas six times higher than local wells in areas without fracking. Others, including communities in Ohio, New York, Pennsylvania and California, cite similar concerns over environmental impact and are considering similar bans. Around a dozen cities have already outlawed fracking.

Calling these bans “shortsighted,” Gerard argues, “We can show numerous studies that [show fracking is] environmentally safe…” He adds, “The director of the EPA [Environmental Protection Agency], the administrator of the EPA, the Secretary of Energy today, the Secretary of the Interior today, have all reaffirmed the fact that hydraulic fracturing can be done in a safe and effective way that protects the workforce and protects the environment.”

Municipalities can chose to facilitate or to impede growth, according to Gerard. Local officials can have the biggest impact, he says, by streamlining permitting processes, and allowing new drilling processes, including fracking, to be used.

“America’s energy policy discussion [comes] down to a basic choice: An American energy future of energy abundance, self-sufficiency and global leadership or energy scarcity, dependence and economic uncertainty,” said Gerard. “It is that simple.”

To learn more about communities benefiting from advancements in the oil industry, read American City and County’s coverage of the topic.