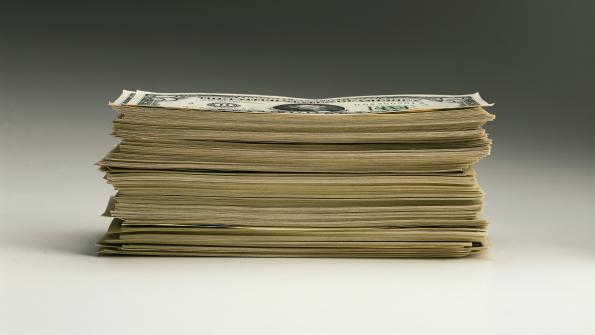 Economists breathe a sigh of relief with the federal government online and able to borrow again, but that doesn’t mean the shutdown didn’t take a toll.

The spending bill passed last Wednesday funds the federal government until February and quiets fears of a catastrophic default for now, but according to financial experts, the shutdown took a toll – to the tune of $24 billion.

Experts agreed that failure to fund the government and raise the debt ceiling would result in a default that could potentially damage to the global economy. And while the default was averted, the shutdown still dealt damage the U.S. economy, according to The New York Times.

The full scope of the consequences are yet to be seen, but according to a report from Standard & Poor’s, the 16-day shutdown cost the U.S. $24 billion in potential economic activity, or 0.6 percent of the projected annualized fourth quarter 2013 GDP growth.

Broken down, some of the major losses, according to Time Magazine, include:

The shutdown also lead to the steepest plunge in consumer confidence since the Lehman Brother’s collapse of 2008. According to a Gallup poll, 67 percent of Americans think the economy is getting worse, opposed to the 28 percent who say its getting better. 15 percent said the economy was in excellent shape, and 48 percent said it was performing poorly.

President Obama, speaking shortly after the Wednesday vote, praised congress, but emphasized that such brinksmanship should not be repeated. “We’ve got to get out of the habit of governing by crisis,” Obama said in his address. “We could get all these things [Farm bill, budget negotiations, immigration changes] done even this year, if everybody comes together in a spirit of, how are we going to move this country forward and put the last three weeks behind us?”

But financial institutions, specifically Standard & Poor’s, fear the danger of a repeat of the past two and a half weeks will slow the economy. Especially since the legislation expires in February, at which time the same argument could start anew.

“The short turnaround for politicians to negotiate some sort of lasting deal will likely weigh on consumer confidence, especially among government workers that were furloughed,” the agency wrote in a release. “If people are afraid that the government policy brinkmanship will resurface again, and with it the risk of another shutdown or worse, they’ll remain afraid to open up their checkbooks.”