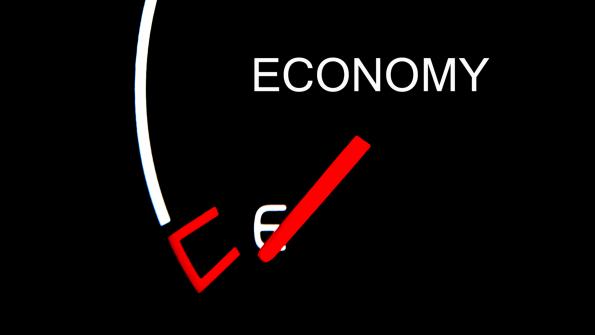 Gallup’s Economic Confidence Index saw a sharp decline immediately following the federal shutdown. The 12 point drop is the largest since the Lehman Brothers collapse of 2008.

During the first week of October, American faith in the economy plunged to a depth unseen since the financial collapse of 2008.

Gallup’s Economic Confidence Index is based on two components: “Americans' assessments of current economic conditions in the United States and their perceptions of whether the economy is getting better or worse,” according to the public opinion agency. Attitudes are assigned a positive or negative numeric rating.

As the federal government shuttered its doors, confidence in economic stability fell 12 points, to -34. This is the second-largest decline since the organization began tracking economic confidence daily. The largest drop (15 points) occurred when financial giant Lehman Brothers collapsed in 2008, triggering a global economic crisis.

Previous downward spikes in the Economic Confidence Index include a nine point drop in late February, early March 2013, during the sequestration debates. The index fell eight points in July, 2011, during the previous debt ceiling debate.

The economy is, in many respects, stronger than it was during the 2011 debt ceiling crisis, according to a report released in association with the data. However, “partisan brinksmanship and the uncertainty it causes on Wall Street can negatively affect consumer confidence.” Ultimately, Congress’ inability to reach a solution can negatively impact stock prices, the U.S. credit rating and the national recovery.

Although debate still swirls in Washington, Republican Senators, who met at the White House Friday afternoon, emerged confident that a temporary solution could be reached within a matter of days. According to The New York Times, Senator Kelly Ayotte (R-New Hampshire) said, “I’m glad we had the discussion. Now we have to put the words into action and get this resolved.”