Rich Hiller, who is senior vice president of TIAA-CREF, outlines ways that cities and states can deal with budget-busting pension obligations.

Detroit may be alone among the biggest cities in the U.S that have filed for bankruptcy protection, but there are other cities that are facing a growing problem with long-term pension liabilities.

Detroit’s biggest headache is a growing unfunded debt on benefits owed to current and future retirees — some $3.5 billion, according to Detroit’s emergency manager, Kevyn Orr.

Municipal governments around the U.S. are figuring out ways to pay for future pension obligations. City governments in Chicago and Los Angeles are facing billions in unfunded pension liabilities that are owed to their on-duty and retired workers.

And other governments are on the hook, too. State governments have $4.1 trillion in unfunded pension liabilities, estimates the State Budget Solutions web site.

Here are the views of Rich Hiller, who is senior vice president of New York City-based TIAA-CREF. The company started out offering retirement services to teachers almost 100 years ago. Today, TIAA-CREF is a full-service financial services organization. 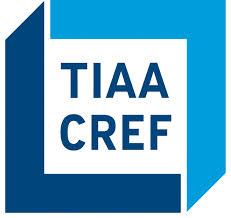 GPN: What can cities and states do about budget-busting pension obligations?

Rich Hiller: As more cities and states are faced with unfunded pension liabilities, governments need to look at more sustainable alternatives to the traditional pension program.

A hybrid retirement plan model, which offers elements from both defined-benefit (DB) and defined-contribution (DC) plans, is a natural evolution in response to the fiscal challenges facing local and state governments.

GPN: What are the advantages of hybrid plans?

GPN: Where are hybrid plans being used?

RH: This model is being successfully implemented in Rhode Island, and it has been proposed in other states, such as Illinois, that are struggling to reconcile their increasing pension obligations with fewer financial resources.

In this video, Roger Ferguson, CEO of TIAA-CREF, talks about the retirement challenges ahead for Americans. Ferguson spoke at the recent Legislative Summit of the National Conference of State Legislatures.