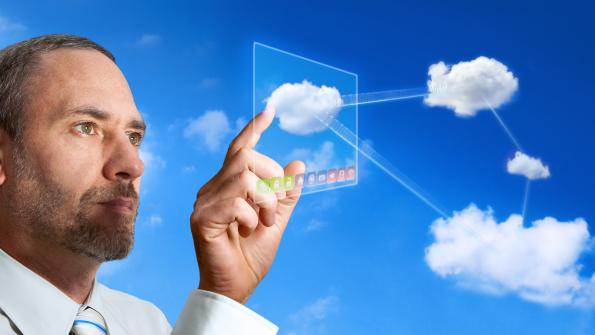 Disasters and the Cloud

Cloud computing, or the use of remote servers to store and access data, could help emergency workers responding to a disaster save time, money and lives.

Images out of Boulder, Colo., show torrential rains, flooding and landsides. Hundreds are missing and disaster responders are working around the clock to rescue those cut off by raging floodwaters.

President Obama declared Boulder a disaster zone last Sunday, and authorized the use of federal resources to provide aide. Earlier this week, emergency workers participated in what is believed to be the largest airlift rescue since Katrina, according to The Los Angeles Times, evacuating hundreds of residents who were stranded by the floods.

Like Hurricane Sandy and Katrina before it, the horrors and heroism in Boulder are highlighting the issue of disaster preparedness. Last week, over 150 government leaders participated the Geospatial Community Cloud Concept Demonstration, led by the Network Centric Operations Industry Consortium (NCOIC), to explore and address implications of "cloud" use in disaster preparedness scenarios.

Executive Director of the NCOIC operations team Maj. Gen. Eric Vollmecke says that by embracing new technologies – including cloud computing – disaster response agencies could save time, money and lives. Cloud computing, employing a network of remote servers to host, manage and process data, is replacing traditional local servers for many governments. Instead of storing data in one centralized location, information can be stored in and accessed from a “cloud” of data, without the need for on-site, physical hardware.

During the demonstration in McLean, Va., last week, the NCOIC showed how a cloud infrastructure could be quickly deployed and effectively used by multiple response organizations all using different technologies and applications.

While the benefits of using a cloud during a disaster are many, Vollmecke pointed to two elements as being of critical importance – efficiency and citizen engagement.

Cloud infrastructre, Vollmecke says, can be deployed quickly and inexpensively. “We’re talking hours instead of days,” Vollmecke said. Instead of relying on physical infrastructure, including data servers and communications conduits that need to be built around a disaster zone, cloud servers can be readily accessed, even as a disaster is occurring.

Vollmecke said this was another important aspect of disaster response in the cloud – the ability for everyone to engage in the relief effort. “Data regarding the disaster can be pushed into the cloud environment, allowing citizens to assist,” says Vollmecke. This keeps all responders on the same page, with the most relevant information updated in real time.

Based on the successful demonstration last week, Diana Eastman, NCOIC communications, says a NRRC (NCOIC Rapid Response Capability) playbook will be made available to international, federal, state and local governments. The NRRC will include checklists, rules and patterns designed to help agencies deploy cloud infrastructure.

“For smaller towns that don’t have the resources of larger cities, or the federal government, this is a new way to think about disaster response,” said Vollmecke.