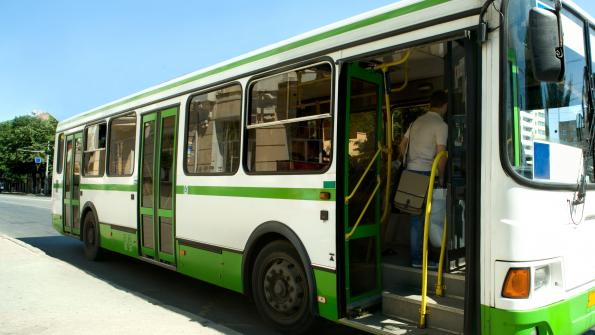 The shooting of a Kings County, Wash., bus driver has residents asking why bus drivers aren't protected by bulletproof glass.

The shooting of a King’s County, Wash., bus driver has revived a debate over using bulletproof glass on public transportation vehicles.

On Aug. 12, a gunman forced his way onto a King County Metro bus and shot the driver during Seattle’s morning rush hour, according to Associated Press. The shooter fled the scene, boarding another bus where he was shot by officers who fired through the windows. The gunman, Martin Duckworth, was transported to a hospital where he died.

The shooting began when 64-year-old bus driver Deloy Dupuis asked Duckworth, who boarded the bus through the rear entrance, to re-enter the bus at the front and pay the fare, according to local television station KOMO. Acting Seattle Police Chief Jim Pugel told KOMO Duckworth paced back and forth before striking and then shooting the driver.

Dupuis survived the attack, according to KOMO.

“This is a rare situation on a metro bus, ” Assistant Police Chief Paul McDonagh told KOMO. The last shooting that took place on a Metro bus in Seattle occurred in 1998.

However, assaults in Seattle are on the rise, according to Metro Transit. Bus drivers reported 107 attacks in 2012, an increase from the 85 reported in 2010.

The recent shooting has reignited a discussion about protecting bus drivers, according to online news source My Northwest. “That’s a conversation we have from time to time,”  King County Executive Dow Constantine told KIRO Radio. “It’s not a budgetary issue, but an issue of working with drivers for the setup that’s best for them.”

The Amalgamated Transit Union local in Seattle rejected calls for protective enclosures, although they have been installed in other cities, according to My Northwest.

“The problem is in order to do them well, they have to be done as the bus is engineered, not after market," Larry Hanley, international president of the Amalgamated Transit Union told My Northwest, "They often make the drivers feel claustrophobic and cut down on ventilation and circulation of air, so they have not been universally well received."

Other transit agencies have had varying degrees of success with protective shields. ABC News reports Chicago, Dallas, Baltimore and New York all have experimented with such measures.

New York’s Metropolitan Transit Authority has vowed to upgrade all 5,700 buses in its fleet with floor to celling partitions and security cameras, according to ABC. The agency reports a quarter of the fleet is already equipped, and it hopes to double that number by 2015.

Seattle tested shields on approximately 30 buses with 300 drivers in 2010. The Union board ultimately rejected continuing the program based on driver concerns over “glare, obstructions between the shield and the outside mirrors for driving the bus safely,” Paul Bachtel, president of the Amalgamated Transit Union local in Seattle told My Northwest.  He said the partitions would cause “a change in the relationship between the operator and the passengers that we thought would cause more problems, not solve problems.”