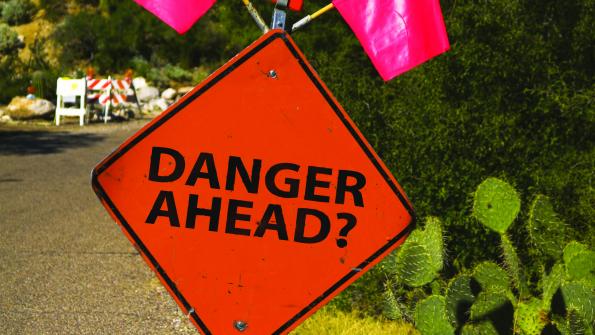 As the country’s water infrastructures age, experts say investments must be made now to ensure a reliable water supply for future generations.

America’s water infrastructure is crumbling, and unless needs to renovate and rebuild are addressed, the problem will get worse.

Both reports found that spending on water infrastructure has not kept up with needs. In its report, Failure to Act, The Economic Impact of Current Investment Trends in Water and Wastewater Treatment Infrastructure, the ASCE estimates that by 2020 the deficit for sustaining water delivery and wastewater treatment will be $84 billion.

The AWWA, in the report titled Burried No Longer: Confronting America's Water Infrastructure Challenge, found that “investment needs for buried drinking water infrastructure total more than $1 trillion nationwide over the next 25 years.” The study states that delaying investment could mean an increased rate of pipe-breakage and deteriorating water services. The report also warned against the “suboptimal use of utility funds, such as paying more to repair broken pipes than the long-term cost of replacing them.”

The fact, according to the AWWA, is that if the quality of life in this country is to be maintained, water infrastructure must be improved. And that money will have to come from somewhere.

The report found that in some of the most needy communities, water costs would have to triple to cover the costs of investment to bring infrastructure up to par. Some of these costs may be passed on to builders and new community members, but the report states that “the total cost that must be borne by the community will still rise.”

Sacramento, Calif., is already seeing these effects. According to the News Review, Sacramento County borrowed millions of dollars in the early 2000’s to expand and improve infrastructure for anticipated growth. Borrowing an estimated $200 million, the Sacramento County Board of Supervisors has been forced to increase rates to help chip away at the debt – rate increases that for some have meant going from spending around $75 a month for water to nearly $300.

The AWWA estimates that by 2035, the projected water costs per household will have increased dramatically. In general, the South and the West will face the most dramatic investment challenges, “with total need accounting for considerably more than half the national total.” And this cost continues to grow. The national level investment will roughly double from $13 billion a year in 2010 to almost 30 billion annually by the 2040’s.

The ASCE’s opinion is that in the near future, Americans will have to deal with the realities of less reliable and more expensive water supplies. This may include voluntary or imposed limitations on water consumption or technologies to recycle water for homes and businesses. However, the severity of the future problem will be contingent upon actions taken now.

The ASCE suggested multiple ways to mitigate problems in the coming years. Preventative measures include:

The ASCE report states that these measures need to occur at the federal, state, local and private level, and will not happen without dedicated efforts.

The AWWA states that postponing investment will make the problem worse. Costs will increase as time goes on due to an increasing likelihood of water main breaks and system failures as infrastructure ages.

But some municipalities are already preparing for this inevitable future. On June 24, Maryland awarded Baltimore County $65 million to upgrade sewage and drinking water systems throughout the state, according to The Baltimore Sun.  And Gant Daily reports that $84 million will be invested in 11 drinking water and wastewater projects in nine counties across Pennsylvania.

The good news, according to the AWWA report, is that the estimated $1 trillion needed by 2035 does not need to be invested immediately – there is time to make plans and enact policy to address the issue. The bad news, the report states, is that the required investment continues to grow as more pipes reach the ends of their lifespans.

To learn more, download the AWWA report here, and the ASCE report here.