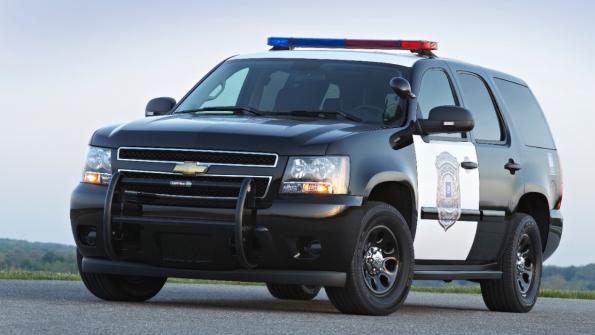 Nabbing distracted drivers is one way the New York state police are using their fleet of unmarked Chevrolet Tahoe PPVs (Police Pursuit Vehicle). The patrol units enable officers to quickly see motorists who text behind the wheel while driving.  The vehicles were designed so drivers and passengers sit higher than in normal SUVs — allowing undercover cops to easily glance into cars driving alongside them.

The vehicles were introduced in a pilot program without fanfare in 2011, and were so successful that the state is expanding the fleet over the coming weeks and months.

The larger SUV fleet is part of New York Gov. Andrew Cuomo’s $1 million initiative to collar distracted drivers. An increased number of traffic checkpoints and an expanded contingent of troopers on patrol are other parts of the initiative.

Cuomo recently signed legislation that raises the penalties for texting while driving to equal the penalties for reckless driving and speeding. Under the law, new drivers with junior or probationary licenses can have their driving privileges suspended for 60 days if caught texting while driving. Those same drivers could have their licenses revoked for up to six months if they commit a second infraction.

The V in Chevy Tahoe PPV could stand for Versatile

A Vortec 5.3-liter V-8 engine that delivers 320 horsepower and 335 pound-feet of torque powers the Tahoe PPV. The Vortec engine features Active Fuel Management technology, resulting in improved fuel economy, and can operate on fuel that contains up to 85 percent ethanol. The 5.3L V-8 is mated to a heavy-duty six-speed automatic transmission.

For underbody protection, Tahoe PPV features a Skid Plate Package that includes a front underbody shield that starts behind the front bumper and runs to the first cross-member. The Skid Plate Package protects vehicle components including the oil pan and other drivetrain parts.

A fleet manager for the city of Hoover, Ala., discusses the performance of the Chevrolet Tahoe in his police fleet in this video.