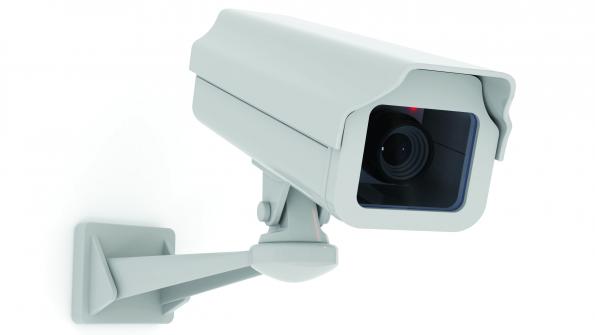 On June 27, Judge Robert Ruehlman ordered Elmwood Place’s cameras shut off, taken down and impounded, in the wake of a bitter battle over the legality of such devices, according to a report on local TV news station WLWT.

The Columbus Dispatch reports Ruehlman ruled the cameras violate motorists’ constitutional rights to due process and referred to the camera program as “a scam.”

Elmwood Place, a village of 2,200, started using the cameras, operated and maintained by third-party contractor Optotraffic, in 2012 according to the Associated Press. The cameras recorded speeders and sent them $105 citations in the mail.  The Columbus Dispatch reports that in the first month, 6,600 citations were issued – triple the number of village residents.

According to court documents, Elmwood Place was receiving “almost $325,000 per month” from fines and on pace to gain nearly 3.4 million in annual revenue, the AP reports.

Ruehlman origianally ordered a shut down of the program in March. His initial order was violated. The cameras were turned back on, although Elmwood Place Police Chief Bill Peskin testified they were used to collect speed and traffic data, not to issue new tickets. Peskin also testified his officers did not collect funds from violators after the program was shut down.

“Many people did show up, trying to pay their citation to us,” Peskin said in court, according to WLWT, “and we told them that the program was to be suspended and they didn’t have to pay the citation.”

The tickets, however, were never meant to be paid directly to Elmwood Place. Optotraffic collected the funds and continued to do so after receiving the judge’s order in March. According to the report, the company collected some $48,000 after the fact, with a percentage of that going to Elmwood Place as per Optotraffic’s contract with the village.

To ensure his orders were not violated further, Ruehlman ordered Hamilton County Sheriff Jim Neil to remove the cameras and place them in impound at the village’s expense. The equipment is to be released when the improperly collected $48,000 is returned to those from whom it was collected.

Ruehlman also allowed the legal team to move forward with a class action suit against Optotraffic, which Allen says would apply to anyone who received a ticket from the time of the program’s inception, according to the report.

Ruehlman’s order came a day after lawmakers in the Ohio House approved a measure that would prohibit local governments from using cameras to determine if motorists have run red lights or have been speeding, statewide, according to an AP report.

The report states House members voted 61-32 on the bill. The measure will now move to the Ohio Senate for further consideration.

Rep. Ron Magg (R-Lebanon), the main sponsor of the bill, says the main goal of traffic cameras is not to foster public safety, but to generate revenue. However, opponents argue monitoring devices prevent accidents and save lives, according to the AP.