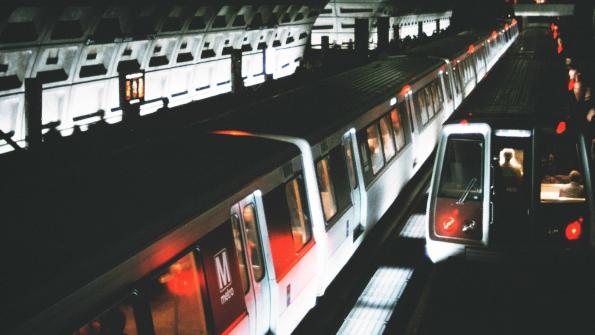 According to the San Francisco Chronicle, the Bay Area Council, a public policy group, warned that the strike would have a devastating economic impact. The group estimated at least $73 million was lost daily while the transit system was stationary. This is due to lost productivity – because employees are either caught in traffic or unable to make it to work.

"The Bay Area economy is suffering, along with hundreds of thousands of commuters," Jim Wunderman, president and CEO of the Bay Area Council, said in a statement issued during the strike.

The reasons for the strike were manifold, but the San Francisco Chronicle reports the major points of contention between the workers unions and BART management were pay raises, health care benefits and pension contributions.

Although the strike has ended, contract negotiations between BART and its unions have not been resolved, and will continue until an agreement is reached, according to The Daily Californian.

BART officials told the San Francisco Chronicle that during the negotiations, they doubled their salary offer to an 8 percent pay raise over four years, but the union only reduced their proposal for a 23.2 percent raise by one-half of a percent.

Union negotiators argued that BART’s increased salary offer was disingenuous. Three percent of the increase is dependent on the transit agency achieving ambitious ridership and revenue goals. This, on top of hypothetical sales tax reductions and the number of employees taking time off under the federal Family Medical Leave Act, sour the deal, according to the San Francisco Chronicle.

“Despite lots of hard work, BART and its unions have failed to come to an agreement on contract issues that matter to all of us today and into the future,” Grace Crunican, BART general manager, told The Daily Californian. “We still have a wide gap of disagreements to bridge over the next 30 days.”

USA Today reports Gov. Jerry Brown’s office sent two of its top mediators to help facilitate talks between the unions and management in hopes of a speedy solution.

“We’re hoping that the district BART will negotiate in good faith,” Leo Ruiz, a foreworker representative for BART union Amalgamated Transit Union 1555 told The Daily Californian. “If they do, we should have no problem coming to a resolution.” He went on to say no additional strike has been planed, and such measures would not be necessary if an agreement is reached.

The BART System has a typical weekday ridership of 400,000, according to the San Fransico Chronicle. USA Today reports the public transit system is the fifth-largest rail system in the country, and is a main conduit from the densely populated eastern suburbs to the urban center.

New York City experienced a similar issue in the winter of 2005, when the Metropolitan Transportation Authority (MTA) was shut down by a 60-hour walkout. The city was crippled, with millions of New Yorkers, who are heavily dependent on the city’s transit system, forced to walk, bike, hitchhike and sit in traffic jams starting as early as 3:30 a.m. to get to Manhattan, according to the New York Times.

The strike ended after state mediators struck a deal between union officials and MTA management, but not before costing the city significantly. CNN Money reports court papers estimated the transit strike cost the city between $440 and $600 million per day.  The city government lost an estimated $22 million a day in tax revenue and overtime police expenditures.