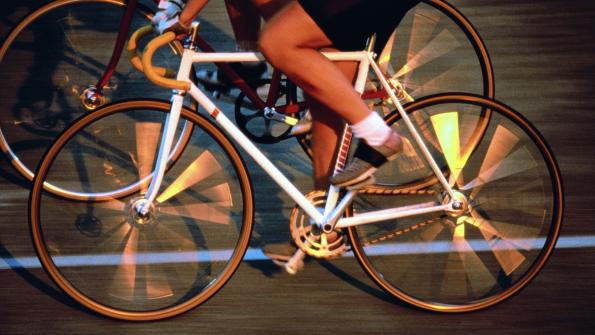 New York City recently unveiled the nation’s largest bike-sharing program. But Citi Bikes, which offers 6,000 bicycles to Manhattan and Brooklyn residents looking for an alternative to cars, subways and buses, has hit a few bumps in the road.

“The bike share program… creates another public transportation option that for many people will be faster and more convenient than walking or taking the subway,” Josh Wilson, executive director of the New York Bicycle Coalition, a state advocacy group, told USA Today.

The program allows riders to rent bikes for 24 hours for $9.95 or 7 days for $25.95. Serious cyclists can also purchase an annual membership for $95, according to the program’s website. To get a bike, daily and weekly pass riders type a unique code into one of the 300 solar-powered docking stations, while annual members are provided with a special key to unlock their ride.

Since its launch in late May, almost 37,000 people have signed up for annual memberships, according to the Citi Bike blog. The New York Times reports that in the first two weeks, more than 170,000 trips were taken.

The Department of Transportation spearheaded the program, which was sponsored by Citi Bank, and cost around $41 million, according to USA Today.

New York Transportation Commissioner Janette Sadik-Khan said the program is off to a good start, according to the USA Today report. “In just 10 days these signature blue bikes are already everywhere on city streets,” she said in a written statement.

However, the program has not been without setbacks. Stations have been locking up, unable to release or return bikes. Radio station WNYC found that on a given day, up to ten percent of stations are unresponsive.

The New York Times reported that software issues were to blame for what some are now calling “Glitchy Bikes.” New York Mayor Michael Bloomberg delayed the project, which was supposed to launch last summer, due to software issues. Forbes reports that the software was first tested on the Chattanooga, Tenn., bike share program, where it was also “buggy.”

However, Caroline Samponaro, of Transportation Alternatives, a biking, walking and public transit advocacy group, told USA Today that glitches are to be expected in such a project’s first days. “It’s not like this is a surprising thing,” she told the paper. “I would say it’s doing overwhelmingly well.”

Although some riders are already fed up the program, according to Gothamist, some commuters echo Samponaro’s sentiment. “Obviously, there are one or two minor glitches they’ll have to fix, but overall, I loved it,” Nigel Savage, one Citi Bike user, told USA Today, “I hope three years from now, the bikes are all over Manhattan.”