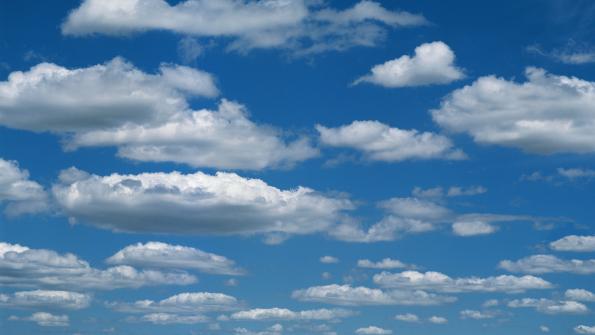 Over the past decade, total energy-related carbon dioxide emissions fell in 32 states and rose in 18, according to a report released by the U.S. Energy Information Administration (EIA). The greatest absolute decrease was attributed to Texas, with the greatest absolute increase was seen in Colorado, the report found.

While a state’s energy profile is affected by many factors including overall size, available fuels, types of businesses, climate and population density, a side-by-side comparison of emission rates can still helpful in determining energy policies.

Variations in these numbers can be attributed to two main factors. States exhibit different emissions profiles based on fuel sources as well as geographic region. For example: Emissions generated by Vermont’s power generation processes are small, 0.1 percent, due to its reliance on nuclear power, but its residential sector share was 22.1 percent, due to the need of residents to heat their homes. This can be compared to Hawaii, which has a residential share of 0.3 percent, due to its minimal heating and cooling requirements.

Another way to understand carbon dioxide emissions is to compare them on a per capita basis. In 2010, Wyoming had a per capita emissions rate of 118.5 metric tons. The report claims this is due to Wyoming’s low population density and cold winters. The second highest emissions levels were from North Dakota at 80.4 metric tons per capita, followed by Alaska with 54.6 metric tons, West Virginia with 54.2 and Louisiana with 49.3. The lowest per capita emissions rates belong to New York at 8.8 metric tons. The report indicates this is due to most residents living in the New York City metropolitan area where most residences are multi-family units that provide efficiencies in terms of heating and cooling.

The scope of the report was limited to carbon dioxide emissions released at the location where fossil fuels are used. It is important to note that fuels are sometimes used in one state to generate electricity that is consumed in another. For the purposes of the report, emissions in that scenario were attributed to the former rather than the latter. The report recognizes its findings would have been different if the analysis attributed “responsibly” for emissions with consumption rather than the production of electricity.

Improving the insulation of buildings, choosing fuel-efficient vehicles and using more efficient electrical appliances are all ways to reduce carbon dioxide emissions, according to the EPA. Local governments can implement these tactics in order to scale back greenhouse gas emissions.

Similarly, energy conservation policies such as powering down machinery and lighting when not in use can make a difference in carbon dioxide emissions, according to the EPA. Installing equipment like dimmer switches and timers in government facilities can aid in this process.

Fuel switching is another means to reduce carbon footprints. By producing energy from renewable sources such as solar, wind and hydroelectric, instead of burning fossil fuels, a community can cut down on its emissions, according to the EPA.

CCS is a set of technologies that could potentially reduce carbon dioxide emissions from coal and gas fired power plants, industrial processes and other stationary sources of greenhouse gasses, according to the EPA. During the CCS process, carbon dioxide is captured, compressed in a pipeline and injected a mile or more underground into porous rock covered by harder layers, preventing the gasses from migrating into the atmosphere.

While CCS technologies are new, they are already being applied successfully. The Valero refinery in southeast Texas launched a CCS operation in December of 2012, with a second system coming online in March. To date, they have extracted 222,000 tons of carbon dioxide, according to a Houston Chronicle report. The extracted gas is compressed and piped to the West Hastings oil field where it will be pumped underground where it can be indefinitely stored as well as aid extracting more crude oil.