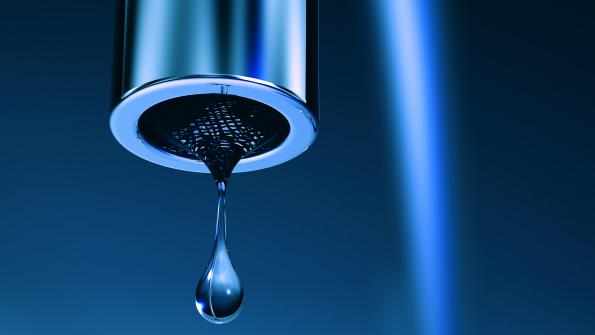 Eugene, Ore., and San Diego, Calif., are implementing methods - some more traditional than others - to preserve the environment.

Amid talks of climate change, sustainable growth and environmental stewardship, municipalities such as San Diego and Eugene, Ore., are looking for ways to “go green.” While Eugene is using traditional conservation tactics, San Diego is thinking outside the box – or, more specifically, inside the bowl.

Reclaimed wastewater may soon be flowing from taps across San Diego. It will, however, be processed using microfiltration and advanced oxidation processes and then treated with ultraviolet light and hydrogen peroxide, according to a Fox 5 News report.

And that may be enough to get residents over the “gross out factor.” Although the city’s drinking water will be coming from sewer lines, drain run-offs and toilets, Fox 5 reports polls show 75 percent of the population embrace the idea.

The plan comes after a two-year study, where wastewater was processed into potable liquid at the North City Water Reclamation Plant, according to Fox 5.

After 9,000 individual water quality lab tests, the treated wastewater met all federal and state drinking water standards, according to a report in UTSanDiego.com.

The next phase of the project is to build a $370 million facility capable of treating 15 million gallons of water per day. That water would be piped into the San Vicente Reservoir, where it would be treated again before going to homes and businesses, UT San Diego reports.

The city estimates the total cost of the purified water to be $2,000 per-acre foot, double the cost of water currently purchased from the Metropolitan Water District; however, by diverting water from the wastewater system, the purification plant could bring the net cost down around $1,000 per-acre foot, and protect against drought shortages, according to UT San Diego.

But if drinking wastewater doesn’t sound like an appealing way to save the environment, Eugene, Ore., has been engaging in several, more conventional conservation means.

Through community engagement and prioritizing “green” efforts in future developments, Eugene’s Community Climate and Energy Action Plan has been successful in reducing the city’s environmental impact.

In one program, the Stomwater Retrofit Pilot Project, Eugene will partner with the Long Tom Watershed Council to retrofit an estimated 10 properties with green infrastructure stormwater features, such as rain gardens or bioswales designed to remove pollution from runoff, where conventional stormwater systems currently exist. This project is expected to take three years and use an estimated $50,000 of the stormwater budget.

Another project, called Solarize Eugene, used funding from the Eugene Water and Electricity Board’s Greenpower Program to increase the number of solar energy installations in the city. Residents were asked to participate in the solar energy project, and of the 262 residents who filled out paper work; at least sixty households installed a total of up to 180 kilowatts in solar electric systems. This number amounts to almost a third of the total number of solar systems installed in the past 10 years.

The plan contains three separate, but overlapping, goals: to reduce community-wide greenhouse gas emissions 10 percent below 1990 levels by 2020, to reduce fossil fuel use by 50 percent by 2030 and to identify strategies that will help the community adapt to a changing climate and increased fossil fuel prices.

“Much of the work to address climate change aligns with other local priorities,” City Manager Jon Ruiz said in the plan’s 2013 progress report. Ruiz stressed the importance of pedestrian and bicycle infrastructure as well as attracting local, environmentally friendly businesses in building and maintaining a sustainable city.

The city’s 2013 progress report shows the plan is working. Although Eugene’s population has grown 8 percent between 2005 and 2011, city-wide energy consumption continues to trend downward.