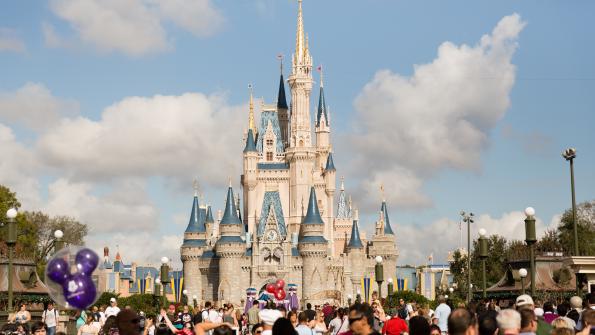 Most know him as a pioneer of animation, but students from Rollins College in Winter Park, Fla., are studying Walt Disney for his innovation…as a city planner.

Boasting public transportation, shopping districts, and a ready supply of jobs, Walt Disney World (WDW) in Orlando, Fla., is run by its own private government. Known as the Reedy Creek Improvement District, The House of The Mouse even has its own lobbying powers.

Richard Foglesong, professor of politics at Rollins and author of "Married to the Mouse: Walt Disney World and Orlando," oversees the college's urban planning course where students study Disney's metropolis. Within WDW, the company is authorized "to regulate land use, provide policy and fire services, build roads, lay sewer lines, license the manufacture and sale of alcoholic beverages, even to build an airport and a nuclear power plant." As if this isn't enough, Disney also "won immunity from building, zoning, and land-use regulations." (Cinderella's Castle is a 10-story fiberglass structure. That isn't exactly up to code.)

The story behind Walt Disney's conception and execution of his personal city is fascinating, but for those of us not fortunate enough to be in Foglesong's class, the professor has agreed to give American City & County readers a mini-history lesson:

In February 1972, Chet Huntley and David Brinkley hosted the NBC evening news from Walt Disney World, in Orlando, Fla., which opened three months earlier. At the program's end Brinkley delivered an editorial extolling what the Disney Company had created outside Orlando. Interestingly, his comments focused not on the amusement park, but what lay outside it — the hotels, roads, transit systems, lakes and stores.

"They all fit together in a setting of land, air, and water better than any other urban environment in America," he said. Maybe real-world cities like New York should concede their planning to the Disney organization, he mused. "They seem to be the only people in America who are able to get things done."

This Disney "new town," as Brinkley called it, sprang from the company's experience at Disneyland in California, which was surrounded by a motley array of motels and restaurants. As Walt said of this landscape, "We didn't create it, but we get blamed for it."

Their response in building Disney World was twofold: first, to purchase enough land to buffer the project from surrounding land uses, and second, to procure governmental powers to enable them to provide their own public services and escape from external government regulation.

As one Disney designer said of this arrangement, "The challenge was not just in the theme park this time but outside the park, because for this project we had total control… We owned all the immediately surrounding land." What Disney planners were denied in designing at Disneyland was open for planning at Disney World, because the "outside world" of hotels, restaurants, and shops was still Disney. It could still be incorporated into the "themed experience."

Never — before Disney World — had Americans witnessed such a testament to design and control. Its influence compares with the famous White City of the 1893 Chicago World Fair, which gave rise to the first generation of American city planners. Attesting to that influence, today such mega planning — if still uncommon — is nonetheless evident in New Urbanist communities, gambling casino "cities," and mixed-use retail and entertainment centers.

But Disney did it first. They built their faux city bigger and arguably better — and not just because of their deep pockets and "can-do" spirit. Overlooked by Brinkley, they "got things done" so well because they could plan without citizens and elections. In this respect, their planning legacy fits oddly in democratic America.

Richard Foglesong is the George and Harriet Cornell Professor of Politics at Rollins College.