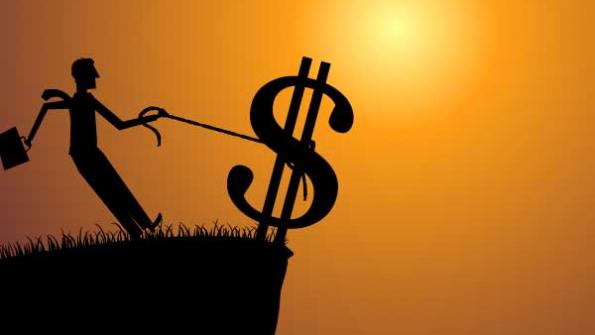 Putting pension to the vote

While some governments have sought to reduce their pension costs through reductions in benefits for future employees, San Jose, Calif., voters adopted a ballot measure in June 2012 that trimmed pension plan provisions for current employees.

While some governments have sought to reduce their pension costs through reductions in benefits for future employees, San Jose, Calif., voters adopted a ballot measure in June 2012 that trimmed pension plan provisions for current employees.

The city is now mired in a sharp confrontation with local unions and a slew of lawsuits. Still, city officials argue that they had no choice.

“The City of San Jose was running deficit for 11 straight years,” says Councilman Peter Constant, a leader of the effort to restrain pension costs. “When we looked at what was driving the cost of the budget, one thing really stood out and that was pension contributions.”

In 2000 and 2001, pension contributions ranged around $72 million per year, but by 2010 were amounting to $240 million per year, in a total budget of about $1 billion. Finances had grown so dire that a police substation and a community center, both recently built, remain padlocked, because the city did not have the money to operate them. Over recent years, San Jose imposed tax increases, 2,000 layoffs and 10 percent wage cuts, but the deficits continued to mount.

“We had to take action,” Constant says.

While unions had offered concessions that would have trimmed costs through reduced benefits for future hires, the city council decided to go to voters with a much-more aggressive ballot proposal (Measure B) that calls for immediate pension benefit cutbacks.

The measure cuts new-hire pensions, raises retirement ages, lowers benefit formulas and requires they pay half the cost. It requires that current workers pay up to 16 percent more for pensions if they don’t accept a reduced plan for their remaining years.

Following the 70 percent voter approval, the city now faces pushback from employee unions, both through arbitration challenges to the changes for new employees and a lawsuit on whether the city can force current employees to increase their contributions unless they accept a cheaper plan. The city has filed its own suit, asking for a declaratory decision from the courts that its actions are legal.

Constant expects the first legal decisions to be handed down this summer. Though the city has paid more than $1 million thus far for legal help, Constant says it had no choice. “When we have an issue of $250 million this year, we couldn’t afford not to do it,” he says.

San Jose’s problems arose from overoptimistic investment assumptions that kept pushing the pension plans deeper into the hole, he says. “When I was elected in 2006, I campaigned on the fiscal situation and the looming pension issue,” he says. “People said I was Chicken Little and that I was claiming that the sky was falling. It’s unfortunate that I was correct.”

Still, he admits that the relationship with the unions “is icy at best,” and that morale is an issue, with other communities luring San Jose’s most experienced workers. The lawsuits add more uncertainty to the city’s situation.

“We tried to take a multi-faceted approach, so that if one part of the reforms is struck down, not all of the savings would be lost,” he says. “We hope the general fund will still be able to restore some of our services.”