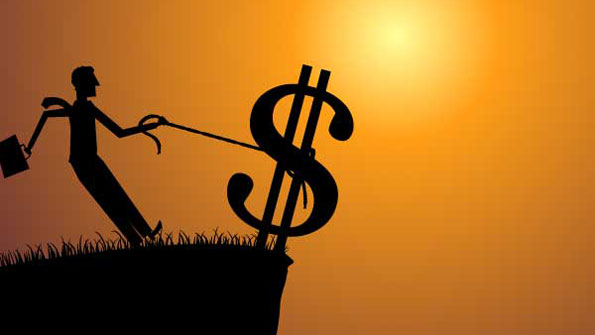 A version of this article appeared in the February 2013 print issue with the headline: Pulling back

As a key platform of his 2010 campaign for mayor of Pensacola, Fla., Ashton Hayward pledged to reform an “unsustainable” pension system, redirecting the savings to needed upkeep of the city’s roads and parks.

In the two years since his election, Hayward has been able to trim liabilities for the city’s pension plans by almost $15 million, with additional savings on the horizon. Despite an employee culture that treasured its own city-run pension plans, he has been able to move new police and general recruits to the Florida retirement system as well as negotiate savings for those who remain in the city pension plans.

SIDEBAR: Putting pension to the vote

“We could not kick the can down the road any longer,” he says. “We had the Rolls Royce of pension plans. They needed to be overhauled.”

Pensacola is only one of many local and state governments that have introduced pension plan reforms to address the so-called “Great Recession,” which badly damaged the cities’ abilities to fund increasingly expensive retirement promises.

According to the National Association of Government Defined Contribution Administrators, 43 states have made one or more significant changes to their plans since 2008. A brief from the ICMA Retirement Corporation (ICMA-RC) and the Center for State and Local Government Excellence (SLGE) reports that from October 2011 to October 2012, one-third of human resource executives made changes to their retirement plans. 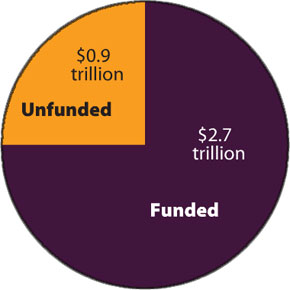 “There has been very constructive response to the long-term funding needs of these plans,” says Elizabeth Kellar, president and CEO of SLGE, a Washington-based government research group. “It’s been a picture of good behavior. Most have taken responsible steps to put plans on sound funding path.”

Diane Oakley, the Executive Director of the National Institute on Retirement Security (NIRS), a Washington-based pension research group, agrees that pension reform design “will put pension systems on the right track.” While she and others acknowledge that a number of plans still have severe problems, the vast majority have improved significantly.

“Overall, plans have made reforms,” she says. “It will take time. They won’t be 100 percent funded in five years, buy they are on a path toward that.” 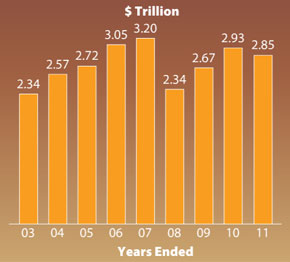 Still, others urge caution, arguing the improvements depend on overly optimistic investment returns and excessive investment risk. “I don’t think the pain is over,” says Donald Boyd, senior fellow at the Rockefeller Institute of Government at the State University of New York in Albany. “It’s a complicated and nuanced issue. It’s a very mixed picture. And I believe there is still pain to come.”

State and local pension plans cover 15 million state and local workers — almost 11 percent of the nation’s workforce — and hold about $2.8 trillion in assets, according to “State and Local Pensions: What Now?”, a book published in September 2012 by Alicia Munnell, director of the Center for Retirement Research at Boston College (CRR). Additionally, Munnell reports almost 8 million retirees are currently receiving pension benefits. (Under a defined benefit (DB) pension plan, the employer and often employees make annual contributions. At retirement, employees received a promised benefit, based on a formula that looks to wages, length of service and other factors.)