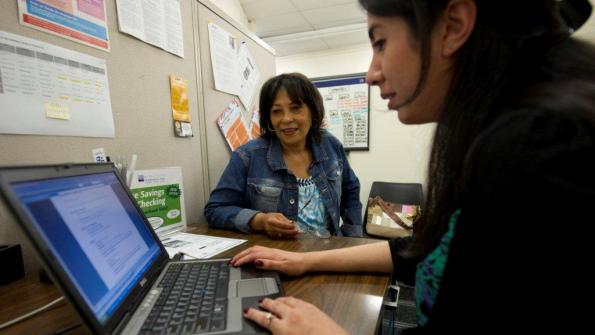 Led by a successful program in New York City, cities and counties are addressing the problem by providing high-quality financial empowerment solutions.

A version of this article appeared in the February 2013 print issue with the headline: Household money management.

Economic times are tough for low- and middle-income individuals and families, many of whom suffer because they lack basic financial skills. Cash-strapped residents are often targeted by predatory companies promising quick-cure solutions for debt problems in exchange for exorbitant fees. Led by a successful program in New York City, cities and counties are addressing the problem by providing high-quality financial empowerment solutions.

In 2008, New York opened Financial Empowerment Centers as part of a broad effort to test and refine new approaches to alleviating poverty. Initially privately funded, the $2.4 million program is now included in the city budget and has grown to nearly 30 centers throughout the Big Apple, helping more than 19,000 New Yorkers reduce their personal debt by more than $9 million and save nearly $1 million. One-on-one financial counselors at the centers help clients reduce debt and build savings, improve credit histories, lower interest payments and create budgets and payment plans.

Other cities are embracing the measures, some funded through grants like ones recently awarded by Bloomberg Philanthropies. Bloomberg is financing efforts to replicate the program in five cities with a $16.2 million grant to the Living Cities' Cities for Financial Empowerment (CFE) fund. The CFE fund will provide centralized, technical assistance to Denver; Lansing, Mich.; Nashville, Tenn.; Philadelphia and San Antonio, Texas. These cities were chosen from among 48 applicants, and grants were awarded based on the cities' presentations of thoughtful, creative approaches to addressing the problem, as well as demonstrations of committed leadership and strong non-profit partnerships.

The grants will support the programs in the five cities for three years and help build an infrastructure while making a case to local budget directors and elected officials that the program should be publicly funded. Quantification of the results of the program has been a critical aspect of the success in New York and will extend to the chosen cities. New York has captured large amounts of data about the public impact of the program.

"People who are financially unstable or right at the line don't know how to get help they can rely on," says Jonathan Mintz, commissioner of New York's city department of consumer affairs. "We have found a unique role for local government to step forward, offer shelter from the storm of predators and offer free, high-quality services that can make a difference in their lives."

Professional advisors are trained at local universities and provide individual assistance so program participants can make better economic choices. In addition to offering help in financial centers, advisors are placed in field locations like the local community court or the public library. The services also are integrated into other public service programs where financial instability is part of the equation. For example, workforce development programs can be expanded to encourage better fiscal choices, like establishing a checking account or building up a "cushion" of savings for emergencies.

Although the CFE grants target cities, Mintz says the model also works perfectly when counties are providers of local services, and the CFE fund supports both cities and counties. He says local governments are uniquely positioned to address the scale of needed programs, to provide trustworthy services, and to integrate financial stability efforts with other government programs.

Fiscal empowerment is also impacting other cities beyond the winning five, says Mintz. For example, some of the 48 cities that competed for the grant are looking for other sources of funding. The CFE fund will provide resources to guide those cities, too, with a goal of creating a new standard for professional delivery of financial counseling services through local government.