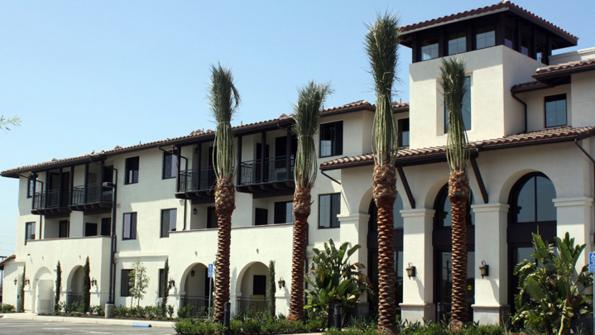 In October, the Housing Authority of the City of Los Angeles (HACLA) celebrated the grand opening of the newest of its green communities: the Dana Strand Senior Apartments, 100 affordably priced units for senior citizens. The apartments are the third phase of a redevelopment of the Dana Strand Village, a former public housing site built in 1942.

The previous Dana Strand Village had 384 units on 21.2 acres of land, and originally was built to serve as war housing rather than permanent housing. Phase I of the redevelopment was constructed in 2006 and is a 120-unit apartment community. Phase II, 116 townhomes, was constructed in 2007. HACLA plans to move forward with Phase IV, which will determine the best use for the remaining open land in the village.

The one-bedroom apartments house seniors with annual incomes at or below 30 percent of the Los Angeles County area median income. The development was financed with 4 percent Low-Income Housing Tax Credits and tax-exempt bond financing made possible by Freddie Mac Credit Enhancement Program. Additionally, the project was awarded 99 project-based Section 8 vouchers through the U.S. Department of Housing and Urban Development.