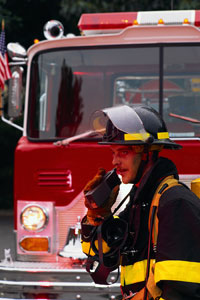 Last week’s East Coast earthquake has moved several local government associations to renew their call to Congress to reallocate 700MHz D Block spectrum for a national interoperable broadband network for public safety. The quake caused minimal physical damage, but it led to a surge of calls that overwhelmed commercial wireless networks, meaning public safety officials were unable to rely on those networks to respond to the emergency.

The Washington-based National Association of Counties (NACo), National League of Cities (NLC), and United States Conference of Mayors (USCM) issued a joint statement after the 5.8-magnitude quake, the largest to hit the eastern half of the nation in more than 60 years, struck on Aug. 23. After the quake, most wireless networks stopped accepting calls or urged customers to text rather than make voice calls because of the huge demand for service. “While it is unreasonable to expect commercial networks to engineer their systems for this surge capacity, it is also unreasonable to suggest public safety can rely on such networks in an emergency,” the associations said in the statement. “This is why Congress must set aside tangential concerns and immediately pass legislation to reallocate 700MHz D Block spectrum for a national interoperable broadband network for public safety.”

Under existing law, failure to act will lead to the D Block being allocated for auction to the highest bidder, according to the NACo/NLC/USCM statement. Download NACo’s D Block spectrum fact sheet and NLC’s D Block resolution. Read the joint NACo, NLC and USCM statement.