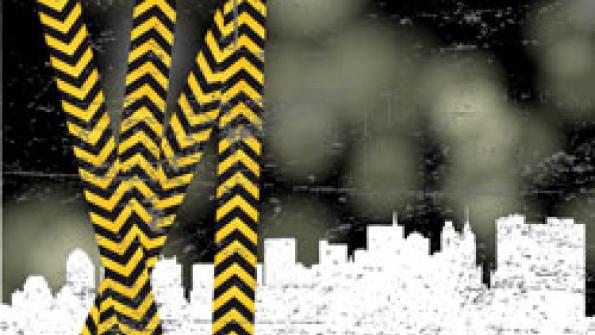 911 networks are updating their infrastructure with next-generation 911 technology to improve emergency response capabilities.

More than 240 million 911 calls are made each year in the United States, and a majority of them come from wireless digital devices, according to the Alexandria, Va.-based National Emergency Number Association (NENA). However, while the number of emergency calls has increased over the last four decades, the 911 network — the piece that connects the caller with emergency assistance — has not changed to meet the demands. In many cases, 911 networks cannot fully use the features of modern telephone devices, such as the ability to send text messages and photos.

The increased use of Voice over Internet Protocol (VoIP) technology has challenged the viability of 911, as well. Two decades after the first VoIP call, Congress passed The New and Emerging Technologies 911 Improvement Act of 2008 to get VoIP providers to meet the same standards as other carriers, such as telephone companies that provide landlines, including being capable of identifying the location of the emergency caller. And, therein lies another problem: existing legislation is often as outdated as the current equipment, meaning that changes in law may also have to accompany changes in hardware. 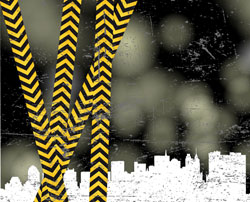 Because of the obvious shortcomings of today’s 911 systems, federal, state and local governments are designing the next generation of 911 (NG 911). At the federal level, the National Highway Traffic Safety Administration and the National Telecommunications and Information Administration created a national 911 Implementation Coordination Office in 2004 to administer grants and to advise Congress of 911 needs. Subsequently, the U.S. Department of Transportation (DOT) also became involved through its Intelligent Transportation System (ITS) initiative.

The DOT worked with five 911 centers across the country to formally test components of NG 911. Because the next generation of 911 caller is likely to be mobile, planning had to occur to ensure universal mobility. And, because emergency information needs to be transferable across all jurisdictional borders, Canadian and Mexican authorities participated in the trials, which laid the groundwork for current efforts.

Today, NG 911 is being designed to eliminate interoperability problems, such as the many 911 centers that cannot transfer emergency call location data to an adjoining jurisdiction when facilities are served by different telephone companies. But, despite federal involvement, localities still will have to make NG 911 work, and states will play a major role in designing and deploying those networks, providing both funding and staffing to the system.

Last year, North Carolina updated state law to create its NG 911 network. Previously, the 911 Board was barred from so doing by a 1989 law, because of the influence of telephone companies on the original legislation. Similar issues had arisen in the past where laws did not coincide with the state of emergency service technology. For example, in 1998, North Carolina first updated the 1989 act to include the definition of cell phones and wireless location requirements, as neither was originally addressed.

Many states have failed to enact the necessary legislation to create NG 911 systems, says Richard Taylor, executive director of the North Carolina 911 Board. “Our generation is more and more mobile, as should be our 911 systems,” he says. “Unfortunately, often due to a lack of leadership or just the opposite with old leadership, change is slow to come.”

However, some states are well on their way to establishing NG 911 systems. Indiana, for example, began working toward its new system in 2003, and today, it has an Internet Protocol backbone tying together 52 counties, and upgraded systems in call centers that display wireless caller location. Significant redundancy was developed and adequate bandwidth was provided to county 911 systems, allowing for reliability and presenting localities with a large enough pipe through which the diverse and complex data of NG 911 can flow.

Among the challenges that had to be overcome in Indiana was the “bundling” of services by carriers, which included their ownership of equipment inside some 911 centers, making connection to the new network a regulatory impossibility. The state’s next step is to create an “i3 and Next Generation-compliant” system that adds the remaining 40 counties, which will be completed by the end of the year. The i3 standard, which is being developed by NENA, outlines how the NG 911 networks and devices will work together to transmit voice, text, pictures and data between residents and first responders.

The North Central N.C. Regional Compact, under the coordination of Winston-Salem, N.C., has used a $2.4 million grant from the N.C. 911 Board to finance the creation of a joint i3 network for the regional members. They are taking a multi-phased approach to creating an operational NG 911 system connecting several communities. June 30, 2012, remains the target for connection to the new network, with subsequent years being used to expand the scope, such as bringing in traffic camera video. “This has been an important and challenging task,” says Julia Conley, Information Technology Division manager for the police department.

Part of their concentration has been on geographic information systems — an extremely important piece of the NG 911 puzzle. Providers validate their address records against the system master file, allowing caller locations to be crosschecked for accuracy against the regional spatial database, which includes map centerlines and address points. NG 911 moves address data from a tabular form to a map. That also helps to translate data to a more universal format.

West Valley City, Utah, also is moving away from the conventional telephone network and onto digital networks. The change, which began in January 2007, is far from complete, according to Bill Harry, director of the Salt Lake Valley Emergency Communications Center. Although the center’s wireless calls are fully digital, it must replace the telephone equipment inside the 911 center to complete the transition for conventional calls because the current devices cannot handle the change. The final result will be able to deliver a wide variety of data to the Public Safety Answering Point (PSAP), and it will remove barriers to communications with surrounding 911 centers.

Sum of many parts

Those experiences show that NG 911 is not easy. To create a national network of NG 911 systems will require cooperation between PSAPs, equipment vendors, network providers, state 911 boards, legislatures, and the Federal Communications Commission. “The biggest thing I learned was that changes in technology require the companies that serve us to change their corporate position,” Harry says. “The local dial tone provider had to develop new product codes and pricing in order to track the services that they are now delivering. A good amount of time was spent in getting people to work together.”

There have been a number of trials of various features of NG 911, including the ability to send photographs and text messages as part of the emergency report. Many of the projects involved “work around” solutions that included additional call taker intervention or the use of alternate numbers.

Still, a true NG 911 solution requires a sum of many parts. “Next Generation 911 is more than a buzzword, and is certainly more than texting into a PSAP,” says Bill Carrow, immediate past president of Daytona Beach, Fla.-based Association of Public-Safety Communications Officials International. “It involves networking of PSAPs. With equipment changes on the horizon, texting and pictures into a PSAP will become a reality. This will require procedures to be adopted and training to be enhanced on just how to handle emergency requests over this medium.”

Unlike previous upgrades of the 911 system that only added services like wireless and VoIP, true NG 911 is almost a complete change in technology, equipment and procedures. And, many questions remain. Where will money come from to fund the changes? Will text calls to 911 create backlogs? Will videos and pictures of accident scenes in the PSAP have human implications? While there are no easy answers to those questions, the technology continues to change, and government officials will have to keep up with those changes to continue to provide life-saving services.