Save it for the fire hydrant, Fido!

It isn't likely to inspire a new method for terrorist attack, but a dog with a lack of bladder control indirectly caused a bomb scare at a Central Islip, N.Y., courthouse. 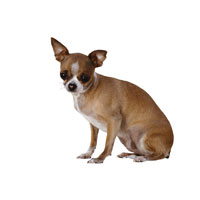 It isn’t likely to inspire a new method for terrorist attack, but a dog with a lack of bladder control indirectly caused a bomb scare at a Central Islip, N.Y., courthouse. The soggy story began May 13 when 19-year-old Melvin Ruffin caught a bus from his home in Bellport to Central Islip’s court complex, according to the Associated Press (AP).

During the trip, another passenger’s Chihuahua urinated on Ruffin’s backpack. Apparently not wanting to cause a stink, the young man stashed the wet bag in some bushes while he went inside to answer a disorderly conduct citation. But everything went to the dogs when a retired police officer saw the bag and alerted security.

The bomb squad was called in, and officers used a robot to determine that the bag, while not altogether urine-free, did not contain anything harmful. Ruffin was let off with a warning to be more careful next time about where he leaves his dog-marked accessories, according to AP.