Lawsuit to proceed for rat bite on inmate’s privates

In a federal civil rights lawsuit against Nassau County, N.Y., the inmate, Peter Solomon, claims that a rodent came out of a hole in his mattress and bit him on his private parts while he was jailed in February 2007. 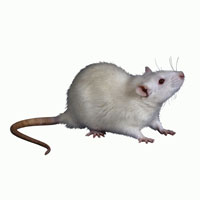 It’s any man’s worst nightmare, and, for a former New York jail inmate, it came true. In a federal civil rights lawsuit against Nassau County, N.Y., the inmate, Peter Solomon, claims that a rodent came out of a hole in his mattress and bit him on his private parts while he was jailed in February 2007 on a charge of menacing his wife, according to the Associated Press (AP).

In mid-January, U.S. District Judge Arthur Spatt denied Nassau County’s motion for dismissal of the lawsuit, ruling that Solomon had raised enough issues about the county’s pest control procedures at the East Meadow jail for the lawsuit to proceed. Solomon, a Vietnam veteran in his 50s who says he was already suffering from post-traumatic stress syndrome, claims he suffered emotional distress because of the bite, and his attorney said that he has “complete sexual dysfunction.”

“The county is in trouble,” Solomon’s attorney Ambrose Wotorson told AP. “There was a long-standing practice and pattern of not taking complaints about rodents seriously. I guess because they are inmates.”

The county had argued that there was no proof of “a substantial risk of serious harm” in the case and contended there was no evidence of rodents at the jail. But, Solomon’s attorneys noted there were 11 formal inmate grievances about rodents in the 23 months leading up to Solomon’s injury. They also cited a petition by 50 inmates complaining about rodents.

Still, Nassau County Attorney John Ciampoli predicted the county would prevail. “I am sure the correctional center’s procedures were sufficient to protect the inmates,” Ciampoli told AP. Wotorson said a federal jury would determine whether Solomon is due damages and if so, how much. The next court date is expected to be in February.