Lost: One box of drugs

Officials in Teton County, Wyo., are looking for a box of drugs that a deputy lost after a police dog training session. 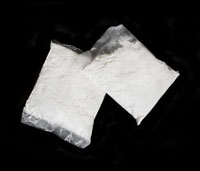 How hard could it be to find a lost box of drugs? Particularly when said box has the word “METH” written on the top of it in white letters. Officials in Teton County, Wyo., are hoping it’s not too hard, according to the Associated Press. On Oct. 27, a deputy lost a stash used to train police dogs.

Teton County sheriff’s Sgt. Lloyd Funk said the deputy left the box on a bumper after a canine training exercise and accidentally drove off with the drugs perched on the vehicle. The box contained nearly an ounce of methamphetamine. Sheriff Jim Whalen said someone possessing that amount of meth would face a felony charge and that his office is taking action to make sure the mistake isn’t repeated.