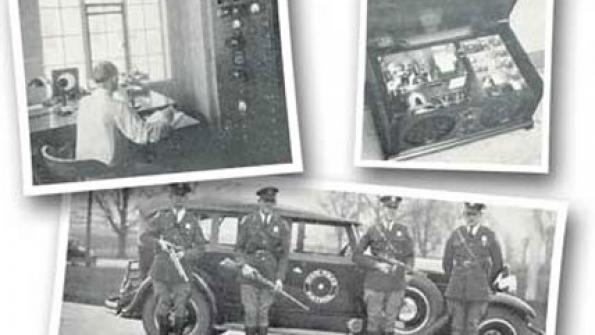 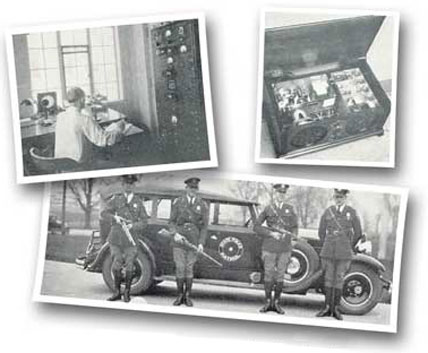 In May 1928, The American City carried one of its earliest accounts of a police department using radios to communicate with officers in the field. The brief article described a system St. Louis had devised in which the police chief could directly alert a local public radio station of a major crime, and news of the crime would be broadcast over the airwaves — to the public as well as police in squad cars. The model was repeated by other cities, including Chicago, according to a report in the May 1929 edition that announced that all squad cars of the Chicago Police Department Detective Division were equipped with radio receiving sets. Chicago’s early one-way radio system was supported by the Chicago Tribune, which operated station WGN. The newspaper installed a direct telephone from the Police Dispatch Section to its station and would broadcast crime news by “cutting in” on regular programs.

The technology proved useful in reducing the amount of time it took to dispatch officers to crime scenes, and by August 1930, St. Louis had installed its own transmitting station that could send messages to receiver-equipped squad cars and police stations using a different frequency than the public radio stations. Roy Glasgow, radio engineer for the St. Louis Metropolitan Police Department wrote, “There seems to be good evidence that the knowledge of the speed and effectiveness of the police radio system is discouraging a number of the criminally minded, causing them to curtail their activities to an appreciable extent.”

By October 1930, the Michigan State Police had built an addition to its headquarters to house a radio transmitter by the DeForest Radio Co., of Passaic, N.J., and radio receivers were furnished to each sheriff and state police facility and installed in many police cars. Oscar Olander, commissioner of police, wrote that the value of the radio system was in apprehending criminals more quickly. In 1929, for instance, a man wanted by the FBI for participating in the Chicago St. Valentine’s massacre killed a patrolman during a traffic stop and fled. “In this, as in other cases which might be cited, the men would not have escaped if our radio station had been in operation.”