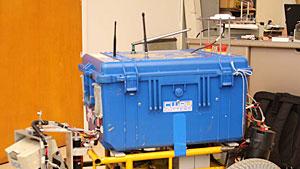 Cleveland-based mowing robot is a cut above the rest

A team of engineering students from Cleveland-based Case Western Reserve University (CWRU) won the 2010 Autonomous Robotic Lawnmower Competition for a second straight year. Team CWRU Cut (pronounced like “crew cut”) built a robot, the CWRU Cutter, that was the only mower to succeed in cutting more than 50 percent of the grass on a Dayton, Ohio, course in June. 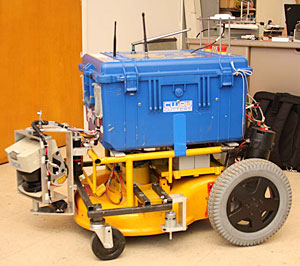 The Institute of Navigation (ION), based in Manassas, Va., sponsors the annual competition. The Institute is a non-profit professional society that works to advance the art and science of positioning, navigation and timing.

Teams competed in two categories: basic and advanced mowing. In the advanced category, competing robots, which are unmanned, must avoid a section of fence, a flowerbed, and a moving obstacle, while rapidly and accurately cutting a field of grass. The obstacle on the 2010 course was a stuffed dog mounted on a remote-controlled car. A total of 14 university engineering teams competed.

“It’s a friendly competition that allows teams of engineers to get some experience working with some real hardware,” said Jacob Campbell, past chair of the robot tournament. Campbell told Govpro.com that some of the competition’s sponsors, including John Deere, Honeywell and Rockwell Collins, might wind up using some of the robot technology to improve turf maintenance equipment.