The street and utility construction project in Mounds View, Minn., was one of 11 winners of the 2009 America's Crown Communities excellence awards.

For three years, the Mounds View, Minn., Council could not overcome residents’ objections to move forward with a much-needed series of street and utility reconstruction projects that would cost an estimated $27 million. The recurring complaint expressed by residents was the cost of the assessments being passed on to the property owners. Other objections related to project-specific design details and what was perceived as a limited opportunity for residents to help guide the project. The council’s hands were tied because the city charter allows residents to petition against projects financed by direct assessments.

After the second attempted project failed to overcome opposition in 2007, the council created a taskforce that involved city officials and more than 30 residents in reviewing the street assessment policy, proposing an alternative way to finance the road reconstruction projects and developing a standard street design. After six months of work, the taskforce presented its plans to the council. 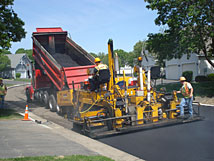 The final plan proposed using unobligated, pooled tax increment dollars from the city’s three TIF Districts, Minnesota State Aid System funds, contributions from city utility funds, and gas and electric franchise fees to reduce the amount of money homeowners would pay to $4 million. Additionally, the homeowners’ portion would be paid in a citywide $400,000 annual tax levy, which would vary based on each homeowner’s property bill, adding about $100 a year for 10 years to the average homeowner’s bill.

The city council adopted every recommendation from the taskforce, and in spring 2009 the city launched a nine-project, 10-year program to replace 26 miles of substandard streets and utilities. The first project is under way, and the last one will be completed by 2018.