Robert Barkin speaks with cities that say the formula for economic development is deceptively simple. 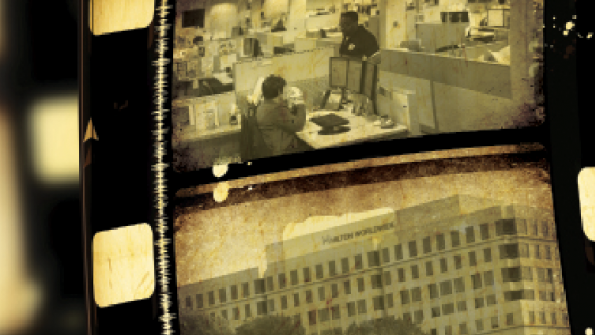 Early in his career, Bill Sproull worked as an intern in the Kansas City, Mo., office of economic development, and was not particularly interested in making it his career’s work. But General Motors’ announcement that the company was closing its Leeds Assembly plant in 1987 changed his life.

With the prospect that shutting down the 40-year-old plant would cost the city 4,600 jobs, the city asked the young intern to see if he could find a way to keep the plant open, even if it was a long shot.
“Our effort to save the GM plant was unsuccessful,” he recalls. “But I learned that for any economic development situation, you have to get all of the stakeholders around the table and assess the strengths and weaknesses of the community.”

Today, Sproull is the president and chief executive officer of the Richardson Texas Economic Development Partnership, which brings together the stakeholders in the Dallas-Fort Worth region and is a leader in the economic development field. He is convinced that building the financial base of a community by expanding existing businesses and attracting new ones is a difficult but achievable goal.
“It’s slogging through the trenches, fighting through, inch by inch and mile by mile,” he says. “It takes long-term commitment and great leadership.”

As the nation’s economy emerges from the worst recession since the Great Depression, governments are increasingly looking to their economic development operations, which come in many forms, to give them firmer financial footing as they try to rebuild service and functions that were slashed to balance budgets damaged by falling tax revenues.

No single definition, no single path

“Economic development is a big, multi-faceted operation,” says former Ohio Sen. George Voinovich who, as governor of Ohio, led the state to the top in rankings in economic development. “You have to bring it all together. There’s not one silver bullet. You have to have the reputation of a community that is ready to do business.”

Retaining and expanding existing business is included, and leaders often find that it’s overlooked for the glossier initiatives when it can be the most effective means of growing an economy. Just as there is no silver bullet to succeed in development, there is no single definition for it, either.

“Economic development is in the eye of the beholder,” says Jeff Finkle, IEDC’s chief executive officer. “I define it as some intervention that makes development occur that might not naturally occur. An organization has to intercede to make the place a better environment for businesses to do business.”

While communities are gearing up to attract and retain businesses, they are also becoming more aware of the need to consolidate their efforts among neighboring communities to be able to compete in a global economy. Today, regional initiatives are making themselves as known in Berlin and Singapore as in New York and Silicon Valley.

“Communities are beginning to realize that they are not competing with the town next door,” says Ron Loveridge, the former mayor of Riverside, Calif., and a professor of political science at the University of California-Riverside. “They need to go after international investment, be competitive in the global marketplace.”

Leaders in the economic development profession emphasize that the key to success in attracting and expanding the business base is taking a methodical, analytic approach, rather than what they call “smokestack chasing.” This is defined as landing new business through huge subsidies that may cost more than the new development can ever add to the community through jobs or new tax revenues.

While economic incentives are part of the package that economic development operations consider, most leaders do not rank them among the most important parts of bringing in new business. Often, the incentives are tied to business commitments, and if the business does not fulfill its promises in areas such as sales taxes and new revenues, the negotiated tax rebates and other inducements are withdrawn.

“The economic game can be very complex,” Loveridge says. “There’s no one definition of what’s a good city. The question businesses ask is, ‘Why do business in your city? Do my employees want to live in your place?’”

First Step: Define who you are

Sproull, who is the current leader of the IEDC, considers his first instinct at his first challenge in Kansas City to be the correct approach.

“It’s important to develop a good sense of who you are,” he says. “You need a good strategic plan, have to build a strong organization and must develop buy-in from the whole organization.”

Gerald Gordon, president and chief executive officer of the Economic Development Authority in Fairfax County, Va., agrees that it’s essential for a community to determine its strengths and weaknesses before launching into an economic development campaign. For example, some communities go after major retail development, even though the additional revenue generated comes through sales tax that is collected and redistributed by the state, leaving little for the local community.

“Leaders need to have a clear understanding of why economic development is important in their jurisdiction,” he says. “They need to take a look at their array of assets and figure out which would be attractive to a business.”

As part of this assessment, communities should also perform what he calls an “asset gap analysis,” figuring out where improvements must be made to attract businesses that fit the strategic goals. “Economic development should be seen differently from other public service,” he says. “It should be seen as an investment, a return that will be seen in the future.”

But leaders also need to be conscious of the political environment in which they must survive, he says. “Leaders need to manage expectations of people,” he says. “They need to bring in interim successes, show a return on the investment.”

Gordon says that the unusual authority structure of his agency has improved its ability to attract new business to Fairfax County. Rather than report to a political body, the Fairfax County agency has its own independent structure, with its own board of directors and offices in Europe and Asia.

One of its most recent achievements was attracting Hilton Hotels Corporation to relocate its headquarters from Beverly Hills, Calif., to Fairfax County, bringing in more than 300 permanent, full-time jobs within 36 months.