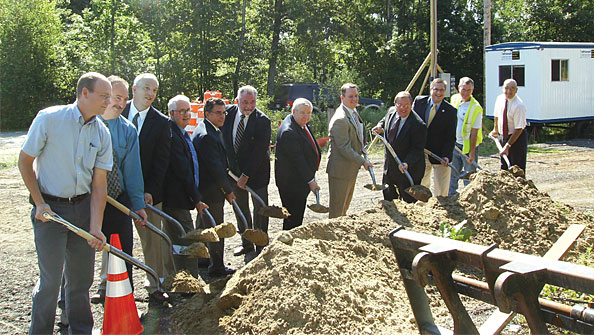 A version of this article appeared in the September 2012 print issue with the headline: Knowing where to look.

For many local government officials across the United States, the question isn't where to spend money, but what to cut, and many of those cuts have come from infrastructure spending. Cities and counties are spending less on schools, roadways, sewer and water systems than they have in decades. In fact, municipal infrastructure spending alone is down by nearly 30 percent since 2009, according to a recent report from the U.S. Department of Commerce. Those cuts are likely to have far-reaching implications such as undermining public health and safety as roadways, drinking water and sewage systems continue to deteriorate.

However, money is available for infrastructure improvements. In fact, since the beginning of the recession in 2008, both the federal government and individual states have taken an active role in assuring that funds are available for all types of projects. And, even though the flow of funds has slowed over the past year or two, numerous sources of financial assistance for infrastructure projects exist. The problem is that many municipal managers just don't know where to look for those funds.

The most common mistake communities make when seeking to fund water or wastewater infrastructure projects is relying solely on traditional funding sources to underwrite infrastructure improvements. For instance, communities might turn to the EPA's Clean Water State Revolving Fund to pay for improvements. While programs like these can be an important source of funding, they typically involve loans, and they don't provide all of the money that is needed to complete the work.

Fortunately, there are alternative funding sources available to help underwrite some water and wastewater projects. For instance, the U.S. Department of Agriculture (USDA) isn't typically thought of as a source of aid for wastewater projects. However, there are thousands of rural communities throughout the United States facing crumbling infrastructure, and the USDA's focus is primarily on serving rural communities. As such, the agency has a number of grant programs available for projects of all types, including vital development projects.

With the help of USDA-Rural Development funds, as well as several complementary grants, the two communities were able to construct several facilities to treat the wastewater that is discharged into the nearby Missisquoi River, which then runs into Lake Champlain. The project is providing important healthcare and environmental benefits, and it was made possible primarily by USDA-Rural Development funds.

The USDA also has grants available through its Rural Utilities Service (RUS) program for low-income communities. The program is designed to provide utility services and improvements to America's neediest communities, and it can be a terrific source of funding. Even cities and towns that may not typically meet the income requirements of RUS may be able to access the grants by tailoring applications to specific sections of the town that do meet those requirements, and then carving out districts when applying for RUS grants.