Each year, American City & County presents its Crown Communities awards to local governments that have executed the most innovative and impactful projects. Showcased here are the winners from 2016. 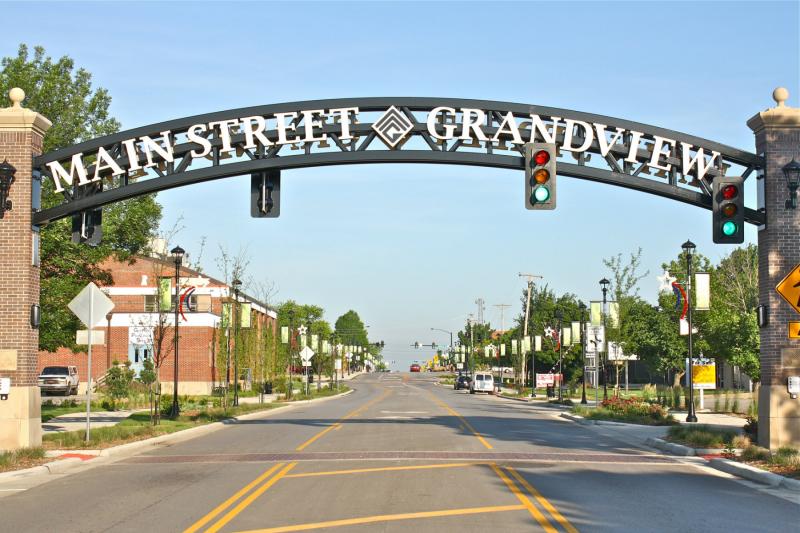 In 2008, Forbes magazine ranked Grandview, Mo., the eighth fastest-dying town in the U.S., citing rising poverty and a declining housing market. The Kansas City, Mo. suburb had been declining since the late 1970s from factors including the 1994 closure of the Richards-Gebaur Air Force Base, effects of urban sprawl from Kansas City and the development of U.S.-71, which physically split the city in two. These factors led to dwindling population growth and consequently, slumping sales tax revenues.

In the early 2000s, Grandview leaders began devising a plan to revitalize the city through improvements to its Main Street and downtown area. After studies were conducted between 2004 and 2006, a 2010 vote approved the continuation of an existing transportation tax, and the Main Street revitalization project topped the list of causes for the tax revenues to fund. The first phase of the project commenced in 2011.

The entire project cost $5.1 million, of which the city contributed $3.4 million. Grandview also secured federal highway funds in 2012, which expanded the project’s scope. Ultimately, the Main Street revitalization project consisted of four phases for redeveloping Grandview’s Main Street, the development of a new Civic Plaza and a new City Hall Plaza Clock. The city collaborated with the Mid-American Regional Planning Council, the Missouri Department of Transportation, four construction contractors and four designers on the project, which was completed in October 2016.

Since the project commenced, new businesses have opened downtown and vacancies have decreased. Additionally, of Grandview’s three 1950s-era shopping centers, one was developed into an education facility and another into an expanded retail area. A modern sports complex has also been built in the city’s south side. These three areas’ property values total $250 million, or 1.5 times Grandview’s current total valuation.

As of the last reporting period, sales tax income from the Main Street downtown area was increasing at about 30 percent per year, and excluding a small dip between 2014 and 2015, sales tax generated in downtown Grandview has also increased since 2012.

“Main Street has brought us out of the doldrums and at least pointed to a brighter future,” says Grandview Public Works Director Dennis Randolph.

Continued on next page.