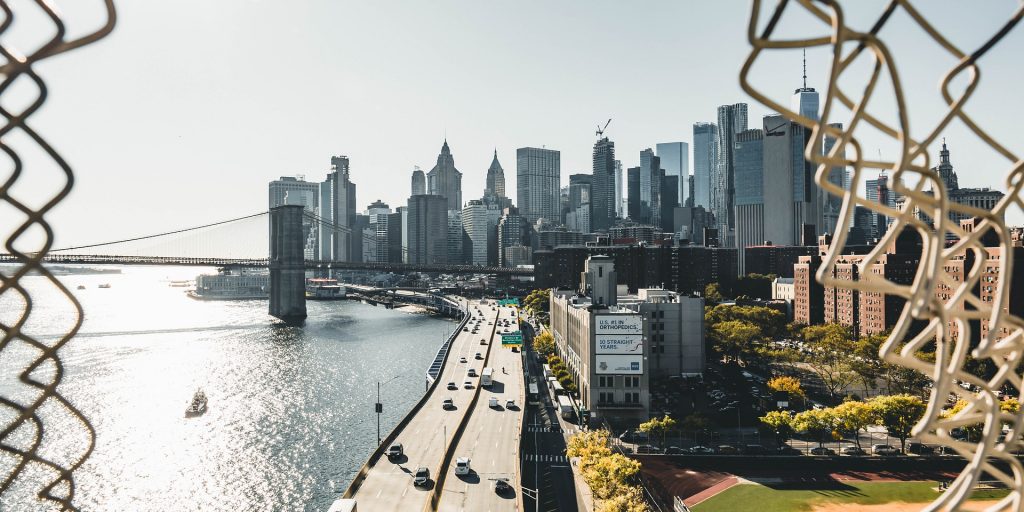 Across cultures and nations, the new year traditionally signifies an opportunity for self-reflection, and brings with it a chance to change and evolve. Gym memberships surge as resolutions are set and new courses are charted. But with familiar stay-at-home-advisories emerging once again, as the omicron variant surges, it’s difficult to get excited about 2022.

More than 800,000 Americans have died from COVID-19 so far, and the physical and societal toll that’s been inflicted as a result is profound. Prolonged social isolation, a byproduct of containment measures, has thrown many into a mental health crisis. Small businesses across the nation are staggering from the pandemic’s economic blow—if they even survived. In responding to these needs, local administrators will face familiar coronavirus-related challenges come January, and they’ll undoubtedly rise to the occasion once again.

If there’s a positive take-away from 2021 to carry into the new year, it’s that local governments remain resilient—sometimes against all odds. And amid this difficult era, there’s a spark of hope for local governments: following the passage of the bipartisan infrastructure bill in November, administrators will begin 2022 with money to spend.

The spending package “marks a historic win for communities,” said Brittney Kohler, legislative director for transportation and infrastructure at the National League of Cities. Besides the $1.2 trillion that’s poised for investment into American infrastructure—from roadways to broadband, water systems to cybersecurity—the legislation represents a fundamental shift in the way the federal government disseminates dollars. “It is truly is an opportunity where, rather than having to go through their state to receive funds, we’ve seen a tremendous shift in congress saying ‘cities, you’re eligible, go after this funding.’”

Ahead of this once-in-a-century investment in broadband, water and sewer, roadways and bridges, American City & County conducted a survey of more than 120 local leaders to better understand spending priorities. Notably, more than half said they manage communities with a population under 50,000, and about 10 percent hail from regions with more than 1 million people.

These priorities aren’t surprising given the state of the nation’s roadways, bridges and water systems. The American Society of Civil Engineers’ latest 2021 Report Card for America’s Infrastructure, for example, gave roadways a ‘D’ rating, bridges a ‘C,’ drinking water infrastructure a ‘C-’ and wastewater a ‘D+.’ The report card cites that at least 43 percent of the nation’s roads are in “poor or mediocre condition,” and an estimated 6 billion gallons of treated water is lost each day to water main breaks or other inefficiencies.

Given the state of infrastructure in general and the oftentimes limited ability for local and county governments to raise the necessary funds for repair, the bill’s investment has been universally welcomed by administrators across the nation.

“The interstate system was obviously built many decades ago, so many assets are in need of repair,” said Jessica Jennings, legislative director for transportation at the National Association of Counties, noting that counties operate more than 44 percent of public roads and mange 38 percent of the national bridge inventory. Bridges, she continued, cost a substantial amount to repair but are only eligible for federal funds if they’re tied to the National Highway System. Counties own two-thirds of these off-system bridges.

Jennings also highlighted that because surface transportation isn’t a directly allowed use for funds distributed through the $1.9 trillion American Rescue Act Plan, local governments might tend to focus their infrastructure bill allotments toward road projects.

Another component driving these priorities is the way that money for road and water projects is usually obtained by local governments. In many regions, Jennings said that county governments are “limited to collecting revenue from property taxes in some places. And historically, Carolyn Berndt, legislative director for sustainability at the National League of Cities, estimated that “95 to 98 percent of all spending on water infrastructure” comes at the local level, “with a very small percentage coming from the federal government,” she said. “Local governments are spending upwards of $100 billion (annually) from their own sources, primarily rate payers.”

In this, the infrastructure bill represents an abnormality.

As city and county clerks turn their calendar pages to January, administrators identified in American City & County’s survey that, in responsibly managing the federal investment, they’re concerned most about potential staffing needs, navigating bureaucracy and identifying spending priorities. And to meet those challenges, they intend to connect with state representatives and engage with constituents through town halls, social media platforms and websites.

From talking to local leaders, Berndt said “Many places are thinking about this as a team activity. Folks are dividing and conquering to make things manageable. … This is an opportunity for communities to look to the expertise of their individual staff members.”

One such example of an effective team-approach to disseminating federal funds can be seen in La Porte, Ind., where community leaders used $600,000 of their $11.5 million in American Rescue Plan Act funding to upgrade the historic La Porte Civic Auditorium. The basketball venue was in need of updates—including a new roof, updated lighting and asbestos remediation—but the community of 21,000 people didn’t previously have enough money available to justify the investment.

Around when the pandemic was first being realized, Mayor Tom Dermody and community leaders sat down and prioritized community needs that included the auditorium upgrades, affordable housing, a $100 million sewer project and public safety investments. They started by investing $8 million of their own money for the wastewater needs, then used their Rescue Plan allotment to pay for affordable housing, public safety needs and the auditorium, which was being used as a COVID testing and vaccination site, a public emergency shelter, and a location for food drives. The repair also helped the city win a bid to host ESPN’s National Interscholastic Basketball Conference, which will start Jan. 6 and will feature some of the nation’s top high school basketball talent, according to Brett Binversie, La Porte’s events director.

“We were able to secure the bid—this is unheard of in our area to have that much talent in one area at a single time,” Binversie said, noting the substantial amount of public attention that will be brought to the community through the event.

As La Porte’s city officials turn to the new year, “Now with the infrastructure bill, there’s another $80 million worth of work that needs to be done,” said Eric Walsh of the Baker Tilly Public Sector Practice Group, a firm that’s working with the city. He highlighted the effectiveness of La Porte’s careful attention to planning and vision-centric approach. “We’re already getting the ducks in the row.”