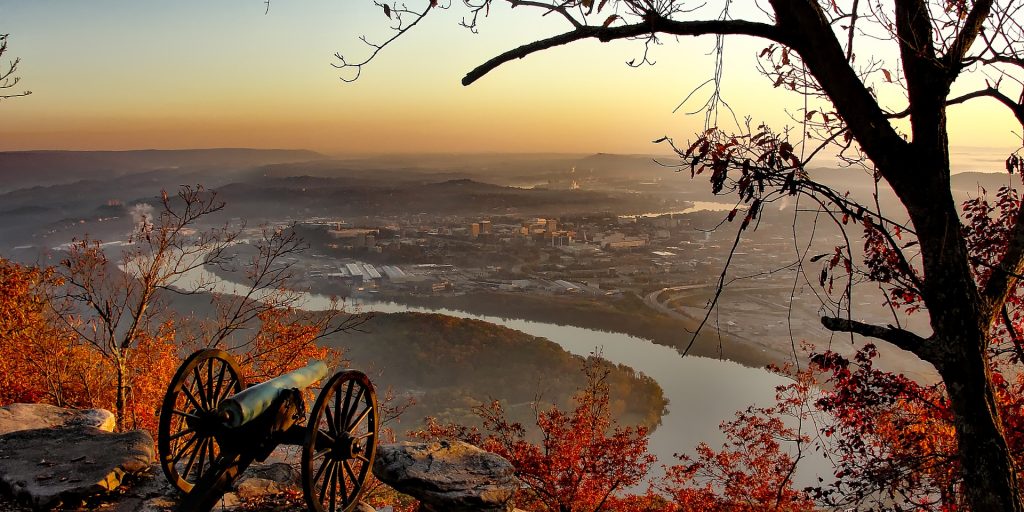 Against the backdrop of the bipartisan infrastructure bill’s once-in-a-century investment in broadband, transportation and infrastructure, city leaders gathered virtually this year for the National League of Cities’ annual City Summit conference.

After a year of hardships inflicted by the pandemic, communities across the United States have reached “a turning point—that’s a big deal. We’re ushering in historic investments in America’s infrastructure,” said Kathy Maness, president of the National League of Cities (NLC) and a council member in Lexington, S.C., during a press briefing Wednesday ahead of the conference, which will run through Saturday.

During an era marked by entrenched political opposition, with mayors, councilmembers and local public servants bearing the brunt of constituents’ frustration, recognition that infrastructure “is an American problem” has brought people together, said Maness.

From fixing bridges in Washington, to replacing old lead water pipes in upstate New York to connecting rural communities across the nation to high-speed internet, “This legislation is not just a game changer for communities, it’s a life changer,” said Vince Williams, mayor of Union City, Ga.

But given the scope of the investment, finding enough skilled laborers to complete projects could pose a problem—especially when coupled with funding distributed by the $1.9 trillion economic stimulus American Rescue Plan and the Build Back Better Act, which, having passed the Senate, is currently being debated in the House.

With the sudden increase of infrastructure-related projects, Williams warned of a labor shortfall, stressing that, “as a nation, we will struggle to fill at least 4.5 million jobs,” he said.

But while finding enough workers might pose a problem, Clarence Anthony, CEO and executive director of the NLC, said local leaders won’t have any trouble finding ways to spend the money.

“We know where the problems are,” he said, “and now that we have the funding to assist us. These funds will go a long way, and I think local leaders know it best.”

Mental health crisis
For cities, challenges in the year ahead will lie elsewhere, outside the infrastructure realm. Sue Polis, director of health and wellness for NLC’s Institute for Youth Education and Families, highlighted one of those challenges in a workshop Wednesday titled “Tackling the Other Public Health Crisis: What’s Working in Cities to Address Trauma, Mental Health Challenges.”

“Certainly, over the past 18 months and longer, we’ve all seen the exacerbated toll, particularly in behavioral health challenges,” Polis said.

While much focus has been placed on the COVID-19 pandemic, which has so-far claimed the lives of more than 765,000 Americans, the opioid epidemic has been exacerbated by lockdown and other extraordinary containment measures. Provisional data released by the Centers for Disease Control this week shows that annual drug overdose deaths documented in a 12 month period ending in April of this year crested 100,000 for the first time ever—marking a 28 percent increase over the previous year.

“Now, more than ever, we’re in need of resources and supports for our communities,” said Barbie Robinson, executive director of Harris County Public Health in Texas and a member of the panel. “For many, COVID didn’t create some of the outcomes we’re seeing, (but) it magnified those outcomes for certain vulnerable populations.”

In addressing adjacent public health challenges, Robinson said it’s vital for communities to “utilize data to inform decisions.” In Harris County, for example, Robinson cited a model used by the county that combines data collected on mental health, substance use, housing, food insecurity and other metrics to create a more holistic approach to wellbeing.

Cyberthreats
The rising threat of cyberattack faced by cities is another challenge highlighted during the summit. A decade or so ago, cyberattacks were mostly concentrated on stealing sensitive information. As such, they were focused on industry, according to Jack Danahy, vice president of product and engineering at NuHarbor Security, in a workshop titled “Fighting Ransomware: How to Keep Your City Safe.”

But things changed “around 2013 as cryptocurrencies became easier to use. … They became a vector for a different style of attack: ransomware— the ability for an attacker to take advantage of systems, disable it or threaten to disable it,” Danahy said. Instead of stealing information, cybercriminals began taking over important websites and demanding ransom. The victims of these attacks also changed.

“Who more important as far as service delivery than towns, communities and states?” he said.

As with mental health, the pandemic has exacerbated the cybersecurity problem for cities and counties. With more people working online, “has caused there to be a bigger threat vector.” Between 2019 and 2020, ransomware attacks increased by 435 percent, among many other types of cyberattacks like spyware, worms, viruses and minors—taking advantage of a system to mine cryptocurrency.

“A lot of the cities, the central hubs for industry, are focuses of this—they’re bearing the burden of this,” Danahy said. For example, a ransomware attack on New Orleans last year cost $7 million.

Amid these challenges, Nan Whaley, mayor of Dayton, Ohio and president of the U.S. Conference of Mayors, said it’s encouraging to see the federal government place so much confidence in local leaders—as demonstrated by the spending flexibility allowed in President Joe Biden’s three-pronged spending initiative.

“The federal government is demonstrating a faith in the leadership of America’s mayors and councilmembers that has not been seen since the Great Depression,” Whaley said during the summit’s opening session. “The best days of America’s cities, of all sizes and regions, are ahead of us.”