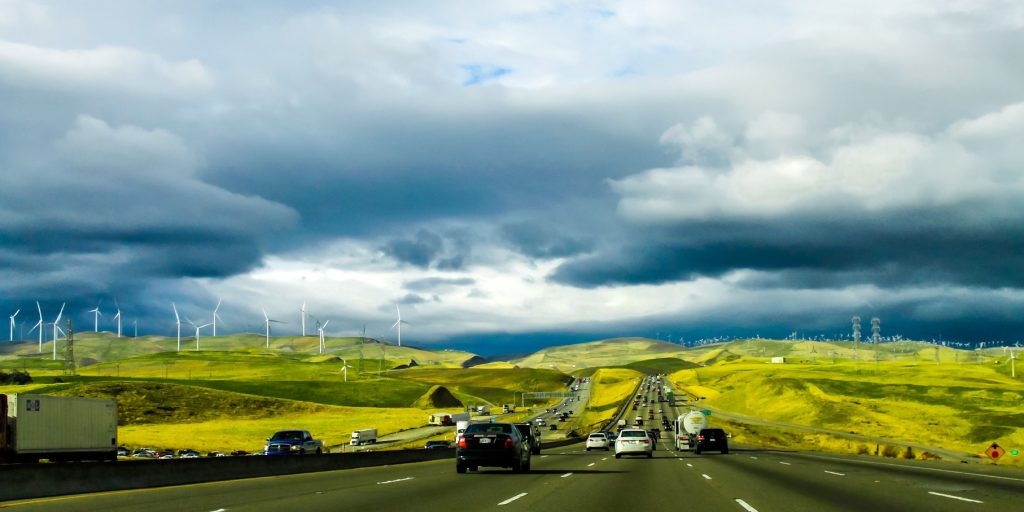 2021 will be remembered as a year filled with challenges, marked by the pandemic

With infection rates on the rise and the nation recently surpassing 800,000 coronavirus-related deaths, a sober sentiment has again descended on the holiday season. While friends and loved ones plan gatherings around tables both virtual and familiar, city and county administrators are closing out another difficult year marked by a once-in-a-century pandemic.

From regional vaccination initiatives to localized cyberattacks targeting small communities, hurricanes, wildfires, tornadoes and droughts, 2021 brought with it many challenges—some unprecedented in recent decades—that stretched the capacity of small municipalities and emphasized the vital role local governments play in bettering the lives of constituents.

In a historic effort to save lives and restart the economy, for example, local and county governments have played a vital role in the nation’s vaccine rollout. For local governments, the combined public health initiative has been a success—distribution of the $1.9 trillion American Rescue Plan Act has also been effective. As of this month, the Centers for Disease Control reported more than 70 percent of the population had received at least one dose of a COVID-19 vaccine and a report from the Department of the Treasury found that, as of September, $700 billion had been distributed. With the successes, there’ve been plenty of challenges.

From the start, it’s been a year that has tested the rule of law and pushed against democracy itself. January saw an unruly mob attack and break into the United States Capitol in Washington, D.C. in an unsuccessful attempt to disrupt the joint session of Congress that was assembled to count electoral votes, formalizing President-elect Joe Biden’s victory over former president Donald Trump. While not directly impacting local governments outside the Capitol’s metropolitan area, the Jan. 6 attack manifested a simmering partisan tension that’s since played out in hostile confrontations at school committee meetings, online community boards and in town halls across the nation.

A report from the National League of Cities issued in November highlighted the crises, noting that local administrators have borne the brunt of partisan political angst from the very constituents they’re actively working to help.

In a survey of more than 100 local administrators, 87 percent noted “an increase in attacks on public officials in recent years, while 81 percent reported having experienced harassment, threats and violence themselves,” according to the report, “On the Frontlines of Today’s Cities: Trauma, Challenges and Solutions.”

“Personal attacks. Physical assaults. Cyberbullying directed at themselves, their children and families—all while having to manage multiple crises in their communities—this is what it means to be a public servant in 2021,” said Clarence Anthony, the organization’s CEO and executive director in a statement.

A month after the Capitol attack, Texas leaders scrambled to mitigate the impact of a state-wide grid failure caused by an unusually severe winter storm in February. The Texas Department of State Health Services documented more than 200 deaths related to the failure and, according to a 300-page federal report titled “The February 2021 Cold Weather Outages in Texas and the South Central United States” issued this month by the Federal Energy Regulatory Commission, “More than 4.5 million people in Texas lost power—some for as long as four days.”

Ahead of another unpredictable winter, Jim Robb, president and CEO of the North American Electric Reliability Corp., an Atlanta-based nonprofit that helped put the report together, said the region’s “electricity ecosystem needs to come together to plan for and prepare to operate under more extreme, longer duration, and wide area weather events.” Further, there needs to be “substantially better coordination between the natural gas system and the electric system to ensure a reliable supply that nearly 400 million people across North America depend upon to support their way of life.”

Near the end of June, a significant portion of the Champlain Towers South condominium building Surfside, Fla., collapsed, killing all but one of the nearly 100 people who were known to be inside. The tragedy shook the nation. Beyond the immediate response, the tragedy revealed shortcomings in building codes and policies. A grand jury report issued this month, Dec. 15, cites a need to replace the 40-year recertification requirement, because “a lot can happen to a building in 40 years. And in spite of that fact, out of Florida’s 67 counties, Miami-Dade County and Broward County are the only two which impose compliance with the South Florida Building Code and its 40-year recertification requirement.”

Across the United States, the Surfside tragedy should serve “as a wake-up call for state and local government officials,” the report says. “For a host of reasons, we believe the 40-year recertification inspection should occur much earlier. We are not alone in this view.” Specifically, the report calls for recertification “”no less than 10 years and no more than 15 years after completion of construction of the condominium building or other residential property with updated reports required every 10 years thereafter.”

More than three dozen other recommendations highlight a need for advance notice to building owners of their impending recertification and the danger of neglecting routine repair and maintenance.

As in recent years, 2021 was marked by significant natural disasters—more documentation of the looming threat of climate change, which local administrators everywhere are pivoting to address. To date this year, the National Interagency Fire Center’s (NIFC) reported a total of 54,350 wildfires across the country that had burned more than 6.8 million acres, according to the Center for Disaster Philanthropy. Of those, California’s Dixie Fire was among the most severe, burning more than 950,000 acres.

Looking to the new year, administrators will be charged with handling the largest federal investment in infrastructure in a century, with the possibility of more if the Build Back Better Act is approved by the Senate. It’s a historic investment not just because of its monetary value, but because of the trust the federal government is placing in local leaders—trust that has been well earned.