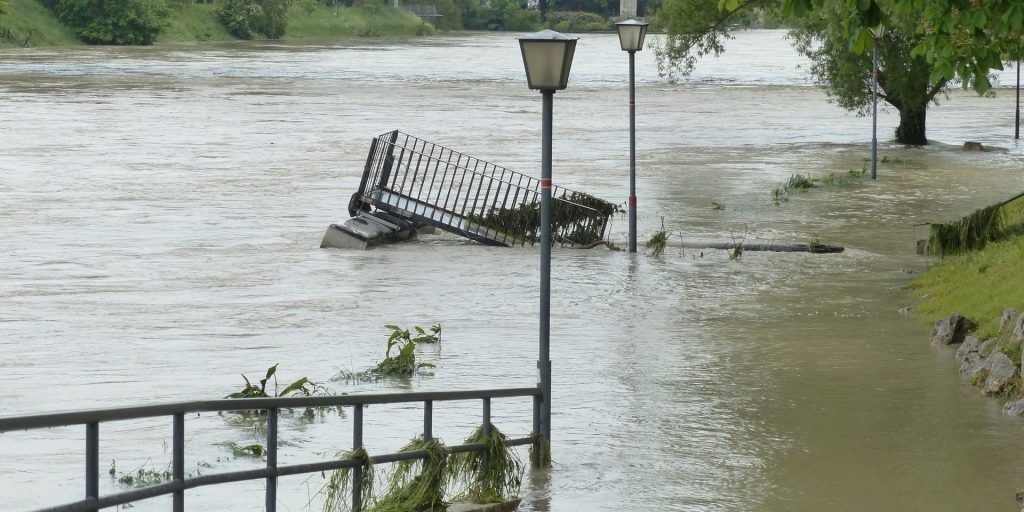 Report: 25 percent of America’s critical infrastructure is at risk of flooding

With the bipartisan infrastructure moving slowly through the bureaucratic pipeline, a new report from First Street Foundation, the science and technology firm that created Flood Factor, documents how America’s infrastructure stands “on the brink.”

More than 35,000 facilities representing around a quarter of the nation’s critical infrastructure—including hospitals, power stations, superfund/hazardous waste sites and wastewater treatment facilities—is at risk of flooding and becoming inoperable due to a changing climate, according to the report, “The 3rd National Risk Assessment: Infrastructure on the Brink.”

“Our work aims to determine the amount of flooding that would render infrastructure either inoperable or inaccessible,” said Dr. Jeremy Porter, of First Street Foundation, in a statement. “By applying research on depth thresholds and comparing them to flood data and probability metrics, we can determine roughly the extent of flooding that would cause a road to be impassable to cars, or a hospital to be shut down.”

Risk factor was calculated based on the likehood and annualized expected depth of flooding both currently and in the event of a 2-year, 5-year, 20-year, 100-year, 250-yraet and 500-year flood.

As Porter noted, it’s not just critical infrastructure that is at risk of rising waters. Of all the country’s roadways, 2 million miles (23 percent) are one storm away from becoming impassable; nearly 920,000 commercial properties, or 20 percent, are in danger along with 17 percent of social facilities and 14 percent of residential properties.

“As we saw following the devastation of Hurricane Ida, our nation’s infrastructure is not built to a standard that protects against the level of flood risk we face today, let alone how those risks will grow … as the climate changes,” said Matthew Eby, founder and executive director of First Street Foundation in the statement.

Among states, Louisiana, is at the epicenter, containing the highest concentration of at-risk communities, with 6 of the top 20 most at risk counties (30 percent). It’s also home to the most at risk county in the country, Cameron Parish, according to the report’s findings.

Behind Louisiana are Florida, Kentucky and West Virginia. Those four states together contain 17 of the top 20 most at risk counties in the U.S.

In a county and regional analysis, communities along the Atlantic and Gulf Coasts and the Northeast were found to be most at risk, as well as coastal areas of the Southeastern United States and in the Appalachian Mountain region.

“This report highlights the cities and counties whose vital infrastructure are most at risk today, and will help inform where investment dollars should flow in order to best mitigate against that risk,” Eby said.

And over the next three decades as the climate heats up, the situation isn’t expected to get any better, the report finds. By 2051, an additional 1.2 million residences, 66,000 commercial properties, 63,000 miles, 6,100 pieces of social infrastructure and 2,000 pieces of critical infrastructure will be at risk of flooding.

Given the dire situation, the report says, “It is essential that critical infrastructure systems are maintained to the highest standards and that disaster preparedness, response and recovery are top priorities for risk managers and policymakers. A truly comprehensive understanding of flood risk from a changing climate must consider the resiliency of local communities to flood and determine the extent to which physical and soft infrastructure is at risk.”

Community leaders can learn about the risk to their community for free at Flood Factor. Counties and states can also leverage the data for further use by accessing it in bulk from First Street Foundation.