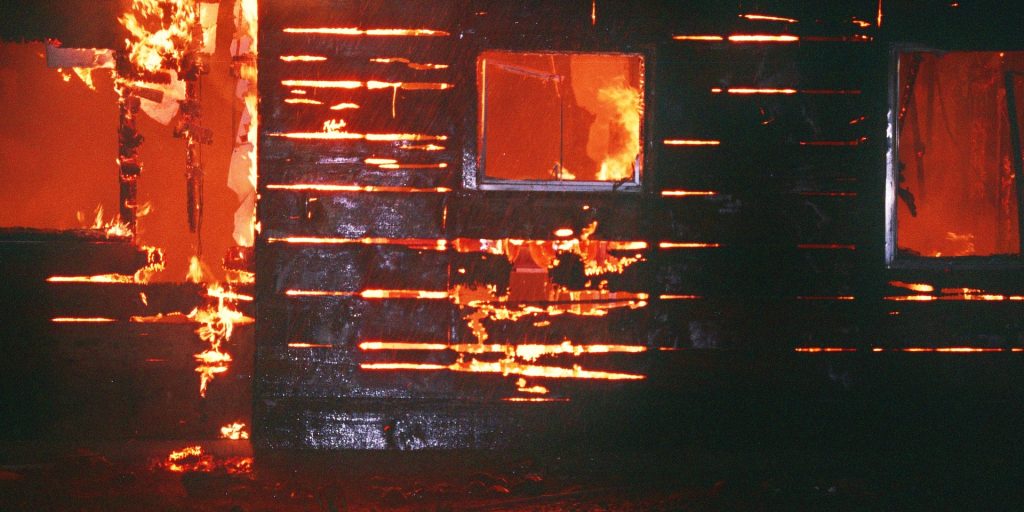 Between 2016 and 2018, more than 7,000 Americans died in residential house fires, injuring about 30,000 people and costing an accumulated $20 billion or so in property damage. The data, released along with a statement Monday by the United States Consumer Product Safety Commission, reveals that fatal residential fires disproportionately effect Black communities.

Based on the commission’s most recent Residential Fire Loss Estimates report, across all races, Black people were nearly twice as likely to perish in a residential fire and more than twice as likely to suffer an injury in that time than the national average rate, which is calculated per 100,000 people. Even though Black Americans represented only 13 percent of the overall population, they represented 24 percent of all home fire deaths and 27 percent of all home fire injuries.

“In light of this data, we must do better collectively, at state and local levels, to inform the public—and African Americans, in particular—about lifesaving, fire safety messaging,” said Bob Adler, the commission’s acting chairman in a statement. “One way to do this is to encourage local community leadership to implement outreach strategies that both communicate and encourage proactively (implementing) fire safety guidelines at home.”

To that end, the International Fire Chiefs Association suggests that local and county officials take an assessment of their community to better understand the demographics of those within the fire department’s service area. Then, fire safety officers can adapt educational materials, meet with community leaders to collaborate, participate in community events, talk with neighbors door-to-door and host open houses at the fire station.

Notably, house fire deaths rose proportionately with age. The residential fire death rate for those between 65 and 74 years old was documented at 1.5; those over 75 were listed at 2.3. Fire related injuries remained generally the same regardless of age.

From a broader structural perspective, another way public officials can target the disparity in fire-related deaths highlighted by the commision’s report is by diversifying local fire departments. Based on 2019 workforce statistics from Data USA, more than 95 percent of firefighters were male and just under 80 percent where white and non-Hispanic.

“A fire department that resembles its community in demographic makeup is more likely to be able to provide effective service and garner more respect from citizens,” reads a 2021 brief on diversity within fire safety from Colombian Southern University. “For example, if your community has a large percentage of residents who speak Spanish, firefighters who also speak the language can better communicate with citizens during both emergencies and non-emergency interactions. Community members who are in an emergency situation or who have been through one recently may feel more comfortable speaking to someone with whom they can identify.”

In the effort to diversify departments, the brief lists lack of representation in recruitment materials, non-inclusive physical standards and undervaluing non-physical skills as barriers to effective recruitment. The brief highlights a webinar hosted by the International Association of Fire Chiefs in which Ali Rothrock, a veteran firefighter and EMT who has been in the volunteer fire service since 2005, noted the difference between “equality and equity; establishing standards that are equitable would acknowledge the fact that individuals with different body types and abilities have different needs, but they can often accomplish the same tasks with different tools or accommodations.”

The Consumer Product Safety Commission’s report and subsequent statement were issued during Fire Prevention Week, which this year started Oct. 3 and runs through Oct. 9.