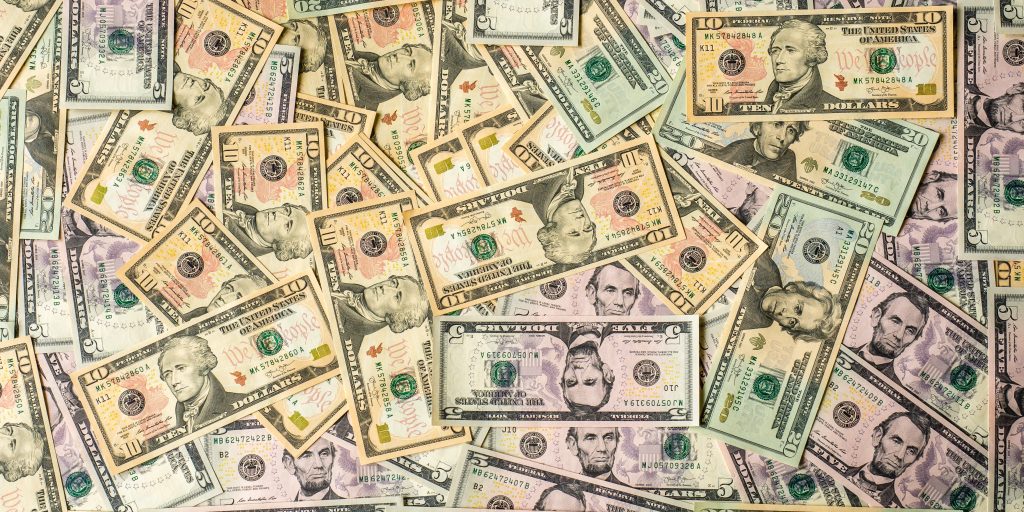 Approximately $800 billion in unemployment benefits have been delivered by the federal government since the onset of the pandemic—a staggering figure reflecting how deep and wide the impact of COVID-19 has been on the U.S. workforce.

The pandemic has accelerated the collision course of two inexorably linked forces: the tens of millions of Americans who legitimately file for and desperately need unemployment benefits, and criminals who have seized on the pandemic to commit unemployment insurance (UI) fraud estimated between $89 billion to $400 billion.

The perfect storm swirling around UI has not been lost on The White House and Congress, which is why in August 2021 the U.S. Dept. of Labor (DOL) announced new funding for The American Rescue Plan Act, which provided $2 billion “to prevent and detect fraud, promote equitable access, ensure timely payment of benefits and reduce backlogs.”

With billions of dollars in play and benefits for millions of workers at stake, there is a critical need for government decision-makers to gain a full understanding of key differences between technologies and approaches for ensuring timely and accurate delivery of unemployment benefits, while also combatting UI fraud. They must also understand the implications for “equitable access” so that those most in need get help, without barriers created by technological biases and inequities.

Combatting UI fraud: The current tech landscape
Data strongly suggest the two leading identity verification technology approaches to address unemployment insurance fraud and distribution of benefits—facial recognition and data matching—create racial, social and economic inequity and access bias. A biased approval process threatens to disenfranchise citizens who rely most on government benefits. Not to mention the privacy concerns with both approaches. This matters because 60 percent of the $2 billion in DOL funding was allocated to facial recognition and data matching vendors.

Congressional leaders, advocacy groups and others are increasingly raising red flags about using facial recognition for government benefits programs—bipartisan concerns on display at recent House hearings held over the summer by the Judiciary Subcommittee and Financial Service Committee. Attention is focused on a set of core issues with facial recognition and data matching.

Equity issues
For unemployment insurance, facial recognition uses biometric data and official documents to verify the person submitting for and requesting UI benefits is who they say they are. But facial recognition algorithms struggle to accurately identify individuals with darker skin tones, creating benefits distribution equity issues that can unfairly deny or delay payments based on race.

Concerns with the inequities of facial recognition accuracy are not new. A 2019 National Institute for Standards and Technology (NIST) study found “…that the majority of facial recognition algorithms were far more likely to misidentify racial minorities than whites, with Asians, Blacks and Native Americans particularly at risk.”

Data matching solutions, which have also raised concerns, employ a different approach from facial recognition. They parse through disparate data stored in a data lake to use matching algorithms to validate information. Some rely on credit history-based questions such as type of car owned, previous known addresses, existence of credit and banking history (all requirements that may negatively impact communities of color, young, unbanked, immigrants, etc.) and serve as a further impediment to receiving benefits in a timely manner.

Access issues
Some facial recognition technologies require a person to upload their government-issued ID—which not all populations have. Millions of people in the U.S. do not have a form of government ID. While this does not mean they are not eligible for unemployment in certain states, it does make verifying their identities to gain access to unemployment benefits much more difficult.

Even more problematic is that facial recognition often requires smartphone ownership. Seventy-six percent of U.S. adults earning less than $30,000 a year own a smartphone, which means that roughly one-quarter of the adult population will face hurdles with this aspect of the benefits process.

Privacy issues
According to a report from the Government Accountability Office, Americans are worried about their ability to remain anonymous in public, and the use of the technology that collects and stores their images without their consent. While some federal and state laws regulate companies’ use of this data, there is no comprehensive federal privacy law governing the collection, use and sale of personal information by private-sector companies.

Some facial recognition technologies require additional PII info from UI claimants and these claims use facial recognition capabilities (not to mention that this info can be sold to third parties). While there are policies in place to restrict entities from collecting and using a person’s biometric data, like Illinois’ Biometric Information Privacy Act (BIPA), there is just not enough regulation around the technology at a federal level.

Before federal, state and local agencies double down on facial recognition for citizen services, there is a critical need to evaluate the value of a more holistic approach that draws on identity analytics from data sources that do not carry the same type of inherent equity and access bias.

Using data to detect identity theft is smart, but the key is picking the right data that minimizes bias. This means tapping solutions that use sources with fewer inherent biases such as digital devices, IP addresses, mobile phone numbers and email addresses. Data-driven identity analytics is key to not only identifying and reducing fraud, but also reducing friction for citizens applying for legitimate UI benefits. The analytics happens instantaneously and behind the scenes, not impeding the user during the application process. Only when something suspicious is indicated would the system introduce obstacles, like having to call a phone number to verify additional information.

This is a far cry from the documented experiences of Americans going through the UI benefits process who have run into identity verification issues with facial recognition. Government agencies should consider technologies that combat fraud and increase efficiencies, and also avoid the pitfalls of bias and inequity that penalize communities who need UI benefits the most.

Shaun Barry is a renowned expert in fraud and integrity who currently serves as the global lead for government and health care at SAS. Barry has worked globally with governments (central, state/provincial and local levels), health care payers, and other organizations for 25 years to foster innovation and efficiency. He is a frequent speaker at industry events, and he has testified before legislative bodies for numerous governments. Barry also has served on advisory boards that provide citizen oversight to the U.S. Internal Revenue Service.