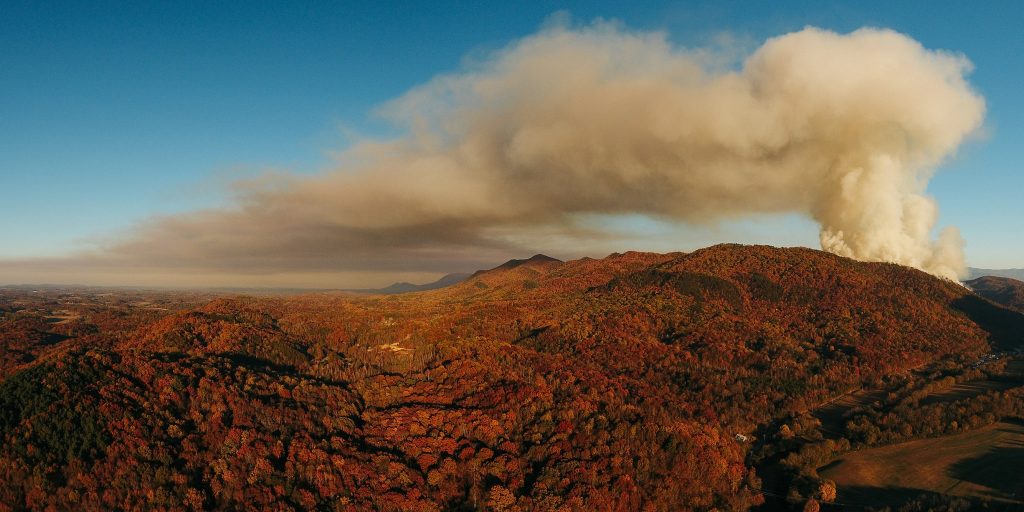 On a November evening five years ago, Tennessee firefighters fielded calls about a fire burning in Great Smoky Mountains National Park, near Gatlinburg. A few days later, high winds pushed the fire into the park’s Chimneys Picnic Area—out of control.

Today, the Chimney Tops 2 Fire is considered one of the most devastating fires in the state’s history. Cell phone reception went down. The region’s 9-1-1 system couldn’t handle the call load. It caused an estimated $2 billion in damage—more than 17,000 acres were burned and 14 people died.

For emergency responders in Sevier County, where the wildfire ignited, it was “a unique event that we had never seen before—with the size of the disaster and how much it damaged,” recalled Joe Ayers, director of Sevier County’s Emergency Management Agency. “Communication is very important during those events. That’s one of the lessons we learned.”

At the time, about 1,000 residents were enrolled in the county’s emergency messaging system—1 percent of the region’s population, according to Ayers, who was speaking at a webinar Tuesday, “Is Your Agency Ready for the Next Crisis—or Crises? Fast, Effective Critical Communications is the First Step,” hosted by American City and County. Given the county’s limited reach at the time, when evacuation orders were issued, “we had to rely on the state to send out alerts” via FEMA’s Integrated Public Alert & Warning System (which can override communication networks and send out mass alerts).

Since then, Ayers said the county has worked hard to connect with its residents ahead of the next emergency incident.

“We have increased our marketing campaign, going out to speak at special events, setting up booths,” Ayers said, noting those who’ve opted in to receive county-wide alerts have increased “From 1,000 individuals to up over 11,000.” The number of emergency alert subscribers in Sevier County is well over the national average, according to Troy Harper, webinar moderator and director of government strategy at OnSolve, a Florida-based critical communications provider, which sponsored the webinar.

“Preparedness begins and ends with fast, effective communication,” he said. “It is a public safety tool, so we should train with it as if it’s real.”

Disasters don’t recognize political or geographical boundaries, Harper said, making a regional communication strategy the most effective. Mass communication protocols should be consider when pre-planning, and text templates should be created for different scenarios, with someone designated to send out alerts if they are ever needed.

In the preliminary stages of an emergency, even if it’s still rapidly evolving, Harper stressed the importance of getting the word out as quickly as possible and following up later with more details.

“Get that initial message out whether you have all the intel or not,” he said. “It doesn’t have to be perfect. It has to be fast.”

During the 2016 fire in Tennessee, “we lost cell service for the city of Gatlinburg,” Ayers said, noting that responders were able to talk to each other via radios—highlighting the importance of redundancy.

Besides providing updates, notification systems can promote relief services, distribute to give responders a better understanding of damages and help connect those in need with help.

“Volunteer organizations come to communities during disasters, but sometimes it’s hard to connect people who want to help with those who need help,” Ayers said. “This is where (responders) can push out info about how those in need can connect with volunteer organizations.”

In 2019, Ayers said Tennessee partnered with Crisis Cleanup, a collaborative website that connects people in need with assistance. In order to get ahead of the next emergency, Ayers said his department is working to create more templates that can be sent out at a moment’s notice.

Regular tests should be sent out so the public is accustomed to alerts and so that responders know exactly what to do.

“One of the hardest things is that it feels like you’re pushing a button for a nuclear missle,” Ayers said.“The more often you send out messages,” the easier they are to send.