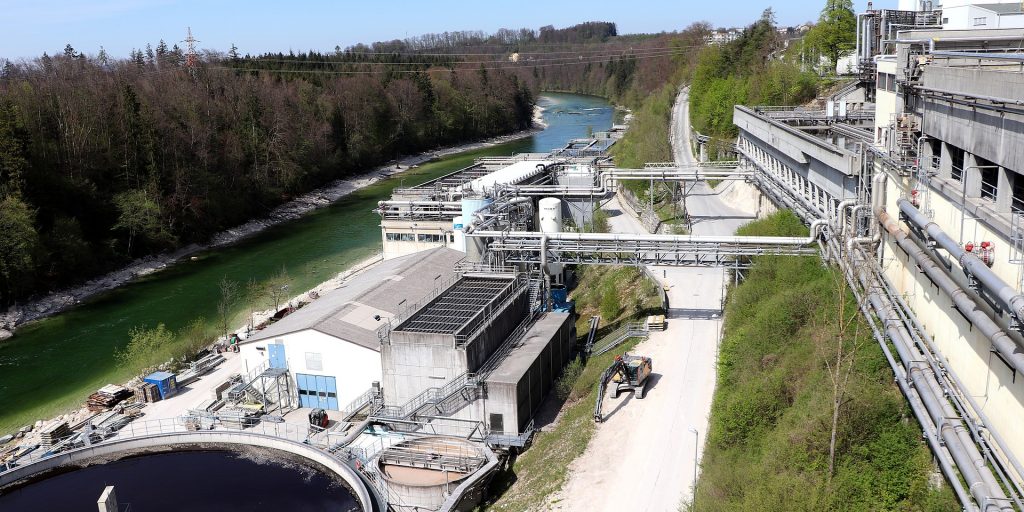 But for countries that don’t have large coffers, wastewater treatment plants pose “an expensive, unattainable pipe dream,” according to Dr. Sebastien Tilmans, executive director of the Codiga Resource Recovery Center at Stanford University, speaking in an interview earlier this year with Gate 5 Energy Partners Inc., a sustainable energy corporation.

It doesn’t have to be that way.

“Conventional treatment approaches wastewater as a hazardous substance requiring mitigation. We need to instead understand wastewater as raw material ore with impurities,” Tilmans said. Traditional treatment plants expend “energy (often derived from fossil fuels) to destroy renewable biomass energy. If we instead focused on harnessing that renewable energy, we would do much better.”

A first-of-its-kind waste elimination system from Gate 5 that generates enough electricity to pay for itself will soon put Tilman’s theories to a real-world test.

On Wednesday, the Gate 5 System, which dries and then burns solid waste, was awarded a $1.6 million grant from the California Energy Commission “to build and demonstrate an innovative wastewater treatment and resource recovery system at the Santa Margarita Water District, Chiquita Water Reclamation Facility in Orange County, Calif.,” according to a press statement.

Through the grant, Charlene Rainey, director of investor relations at Gate 5, said a demo system—the first one ever built—will be installed at the University of California Irvine. It will take about 18 months to construct and will eliminate the university’s need to haul away food waste.

“The Gate 5 system has notable advantages over current processes because it can produce a net surplus of energy and has the potential to transform the Chiquita WRF into a net power exporter,” said Santa Margarita Water District Deputy General Manager Don Bunts in a statement.

Notably, Tilmans and a team of researchers from Stanford University, working in partnership with MicroMedia Filtration Inc. and Gate 5, won a Water Resource Recovery Prize last year from the U.S. Department of Energy for their paper, “Get it Fast, Get it Early: Extracting Solids from Wastewater to Maximize Energy Recovery.” The paper explains how filters can be used to separate waste solids early in the treatment process before it’s burned for energy.

“Wastewater solids have tremendous energy. Pound for pound, dry human feces have more energy than coal. Diverting the solids early in the process makes it easier to dry them, or to manage them through other processes for energy extraction,” Tilmans said.

According to Rainey, Gate 5’s technological innovation—which has been under development for about a decade—was accelerated by recent legislation. California placed a restriction on the amount of methane that can be produced, even though “they knew no one had solutions for what to do with this unavoidable waste,” Rainey said.

Simultaneously, the state’s Department of Energy and its Energy Commission launched a grant competition, offering monetary awards for promising solutions. It was the opportunity Gate 5 needed. Since launching in 2010, Rainey said the California-based energy business has obtained patents for the technology in eight countries (among them the United States), as well as local approval in various California jurisdictions, including for air quality in Orange County, which has some of the most stringent standards in the nation.

“We just needed the grant and the funding,” Rainey said, noting that along with energy production, the system creates “clean air and clean water—the water coming off is distilled from the drier—then the only other product at the end, instead of sludge, is clean ash. And that ash can be sold to replace coal ash to make asphalt or cement.”

To that end, Gate 5’s system is retrofitted onto existing wastewater treatment systems with a small footprint.

It’s built “where the trucks load up the sludge and drive that sludge away hundreds of miles to landfills and land-spreading,” Rainey said. After the solid waste is filtered out using a micro-filtration system from Micro Media Filtrations, the Gate 5 system “air dries the sludge so it’s a dry biofuel, and that dry biofuel can be burnt in burners just like coal is burnt, and the burner has a turbine that generates electricity to run the whole thing.”

Compared to other methane-reducing methods like anaerobic digestion, which reduces about 30 percent of methane, “we’re the only solution that completely eliminates them from putting sludge and leftover waste into landfills,” Rainey said. “We are the end system where there’s no hauling away—and it’s scalable.”

Because it’s retrofitted, the Gate 5 system can be built to meet the waste-production needs of every type of organization from businesses to dairy farms, and for small cities, universities and large metropolitan centers.

And while it requires an upfront payment, it pays for itself in the long run through energy production and by saving “hauling and land fees for the sludge,” Rainey said.

Pending the results of the first-of-its-kind test run, Rainey said there are 30 other cities across the U.S. that are interested in installing systems of their own, along with Puerto Rico, which is purchasing a brand-new system through a grant from the Environmental Protection Agency.

Additionally, the patent can be licensed out to third-party contractors, so the Gate 5 system can be constructed or retrofitted to existing systems by other companies.