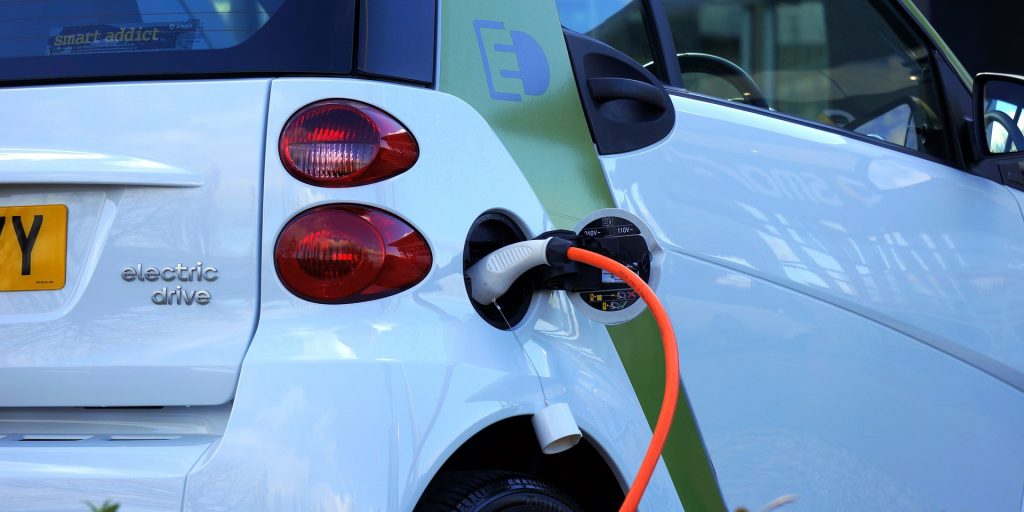 Over the last year, America’s automobile market climbed rapidly across the board out of its pandemic-induced slump. But there was one sector of the industry in particularly that saw a steep jump in sales—electric vehicles.

Consumer demand for electric vehicles captured 8.5 percent of total sales in the second quarter, up from 7.8 percent in Q1 and 4.2 percent in Q2 2020, the report says.

There are several reasons for this.

For one, the cost of fuel is increasing. When gas prices go up, consumers look for energy efficient vehicles. And for those who want to reduce their carbon footprint, electric vehicles provide a tangible solution—even if they might cost a little more upfront. But also, more car brands are selling electric models of popular cars—like the Ford Mustang Mach-E, the Volkswagen ID.4 and the hybrid Jeep Wrangler 4xe. These days, hybrids account for 25 percent of Toyota’s fleet.

“Transportation is the single most significant source of greenhouse gas emissions in Laguna Beach and a major source of other air pollutants. Electric vehicles reduce emissions by up to 100 percent, compared to gas and diesel-powered cars. Electricity is also less expensive as energy prices are more stable over time,” reads the recommendation, which was submitted by Councilmember George Weiss. The item also notes other benefits like less required maintenance, fewer ocean contaminants and quieter streets.

While California, like the federal government, has announced intentions to phase out gas-powered vehicles within the next decade or so, Weiss’ agenda item argues that “adopting electric vehicles into Laguna Beach’s municipal fleet is one of the most innovative ways a city can show its leadership and commitment to clean transportation, sustainability, and support its climate action plan.”

A few notable initiatives across the country make it easier for governments and agencies to procure electric vehicles.

For federal leaders interested in taking similar measures, the Office of Energy Efficiency and Renewable Energy’s Federal Energy Management Program is a good place to start. The program provides technical support to agencies that want to install charging stations and buy electronic vehicles at a discounted rate (the Chevrolet Bolt is available almost $10,000 below MSRP).

And for cities and county leaders, the Fleets for the Future initiative affords similar benefits. Fleets for the Future is a national partnership of regional councils, coalitions and experts “tasked with coordinating five regional and one national procurement initiative designed to consolidate bulk orders of alternative fuel vehicles and infrastructure,” the partnership’s website says.

Funded by the Department of Energy and led by the National Association of Regional Councils, the initiative is intended to address challenges that municipalities have prevented municipalities from investing in electric vehicles, “such as the need to justify higher upfront costs, the lack of widespread technical knowledge that could enable appropriate specification of AFV options, the need to obtain sufficient refueling infrastructure and adopt new maintenance practices, and limited time available to capacity-constrained fleet staff as they evaluate vehicle procurement options,” an information sheet says.

“While low inventory could impact the market’s current trajectory, it’s still safe to say that 2021 will be a record-setting year for electrified vehicles in the United States—and we’re confident that 2022 will beat 2021,” DeLorenzo said in a statement. “Automakers continue to release more electrified vehicles, whether hybrid versions of established nameplates or all-new electrified models. Car buyers are increasingly attracted to these options. The electrified market is currently dominated by hybrids and plug-ins, but automakers future plans favor pure electric vehicles. The progress may be slow, but the path is set.”