Supporters of US President Donald Trump protest in the US Capitol on January 6, 2021, in Washington, DC. (Photo by SAUL LOEB/AFP via Getty Images) 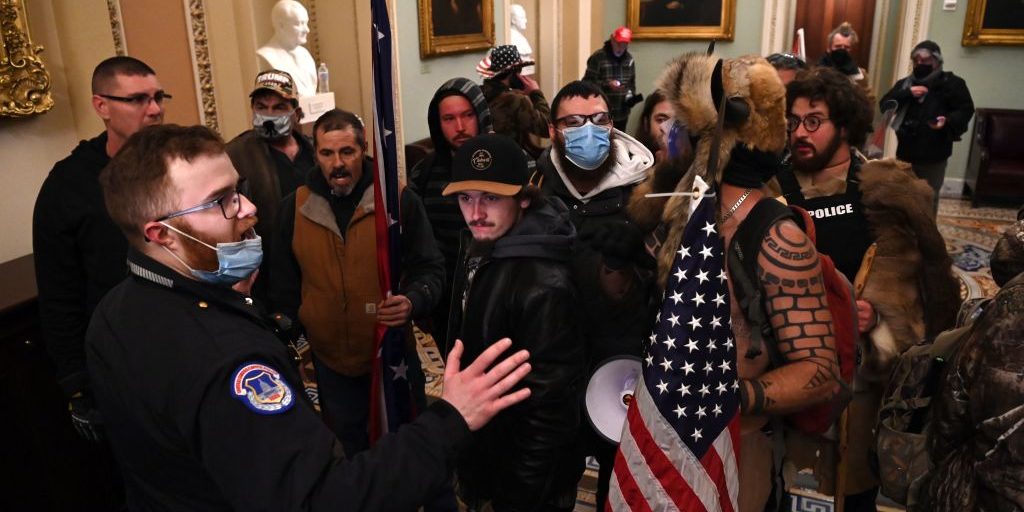 Washington, D.C.’s Metropolitan Police Department (MPD) is working with the Federal Bureau of Investigation (FBI) to identify the supporters of President Donald Trump who stormed the U.S. Capitol on Jan. 6.

After a mob stormed into the Capitol building as Congress was certifying the Electoral College’s votes, 52 people were arrested, according to The Hill. Four people also died during the chaos.

The next day, MPD made 68 arrests, recovered six firearms and recovered two pipe bombs, according to a tweet. The department also reported that 56 officers had been injured, with two being hospitalized.

MPD has released dozens of photos of the rioters, according to the New York Post. “We still have a significant amount of work ahead of us to identify and hold each and every one of the violent mob accountable for their actions,” D.C. Police Chief Robert Contee said.

The FBI issued a statement calling for help in identifying the rioters. The bureau has set up a dedicated website for tips related to the event.

The MPD and the U.S. Capitol Police have been criticized for failing to prevent the mob from entering the Capitol, even after demonstrations had been publicized, The Hill reports.

D.C. Mayor Muriel Bowser said she believed federal law enforcement carried out a more vigorous response to civil rights protests over the summer than they did for Wednesday’s events, CBS News reports. She also called for an investigation into that discrepancy.

“Obviously it was a failure, or you would not have had police lines breached and people entering the building by breaking windows,” Bowser said, per CBS.

Bowser also issued a public emergency order for 15 days — through Inauguration Day — that allows her to call for a curfew at any point, according to FOX 5 DC.