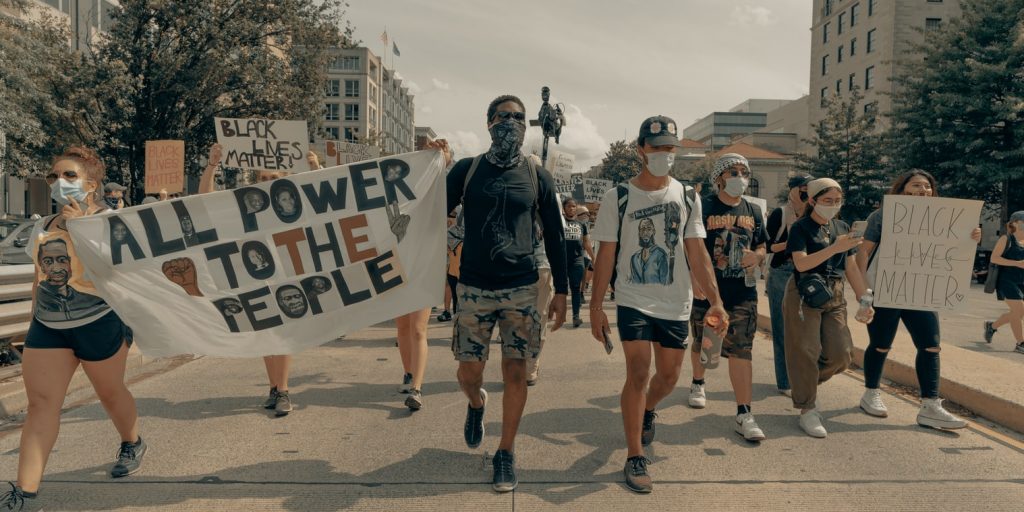 Achieving equity is by no means straightforward, but at a minimum, we should know what we are working toward and that we must all work together to get there.

As of July 2020, between 15 million and 26 million people in the United States had joined the demonstrations sparked by the police killing of George Floyd on May 25, 2020. As the New York Times reported, “These figures would make the recent protests the largest movement in the country’s history.” Support has come from a broad swath of the public, both in the United States and around the world. Governments have responded with police reforms and the removal of Confederate statues, and corporations have pledged millions of dollars to fund programs to fight systemic racism.

These interventions, significant though they may be, only begin to address the issues this movement has brought to the fore. What can city and county governments do that has not already been tried, in some cases for decades, to try to ensure racial equity? What programs are not already in place? It may be highly unusual to encounter anyone in local government who is vocally working toward racial inequity. But, until now, there has been little incentive for local leaders to publicly tackle the long-standing, seemingly intractable problems that come out of structural racism.

The Black Lives Matter movement calls out for meaningful change in how America works toward equity and opportunity. The time for ensuring that we check the “Civil Rights Inclusivity” box is past. What is needed is a vision for true racial equity in the public sector and a roadmap that will take us there.

This vision must come from minority communities themselves – this, indeed, is perhaps the most critical element of any effort to achieve racial equity. The power to define and describe “equity” cannot be held by the same people who hold most of the other political power in America. Data from the Reflective Democracy Campaign shows that white men, who make up only 30 percent of the US population, hold 62 percent of all elected positions at the federal, state, and county levels.

And it is time for “equity” to be defined in hard terms. The Government Alliance on Race and Equity has been encouraging local and regional governments to adopt performance measures to ensure that real progress is being made on difficult problems. Examples include bringing unemployment rates for minority workers down to the regional average, bringing high school graduation rates for minority students up to statewide averages, and improving health metrics like life expectancy and obesity levels.

Collecting and reporting on this kind of data can be difficult and time consuming. When progress is being made, elected officials will happily expend resources to trumpet successes, but when progress is less clear, political considerations can bog down objective measurement and reporting. For this reason, the task of tracking and communicating progress on equity performance measures should be undertaken by a regional body that is independent of any one local government. Additionally, political independence can only be guaranteed by financial independence – these regional organizations should be funded federally, not by state or local sources.

Finally, there need to be stakes. A rooting interest. Money. Performance measures will not mean much unless they are tied directly to a region’s ability to receive and spend money.

What is needed is a new revenue stream that is split into two types of funding at the regional level: one to fund regional efforts at reducing inequality and another to reward those regions that make progress in this direction. One potential source for this funding includes a nationwide greenhouse gas cap and trade program, similar to what is currently in place in California. Another would be a national sales tax on the sales of legalized marijuana. A third would be an increase in the federal gas tax.

Are there other crises toward which this kind of revenue outlay should be directed? Yes, there are other issues, but no problem is as long-standing and destructive to human potential as the problems created by structural racism. Black, Hispanic, Asian, and Native American communities are cut off from meaningful power structures in most regions in the nation. The result is a pattern of providing “just enough” to avoid the opprobrium of being labeled as overtly racist, but not of providing anything like the deference that is afforded to neighborhoods full of well-off, politically connected voters and donors.

Admittedly, tools like performance measures, regional councils, and financial incentives have all the razzle-dazzle of a peanut butter and jelly sandwich. It smacks of “technocracy” – substituting numbers for more organic expressions of political will. But if you start the clock on America’s pursuit of racial equity in the mid-1960s, with the Voting Rights Act, the Civil Rights Act of 1964, and the Fair Housing Act, we have waited for America to manifest its belief in justice and equity through political expressions for more than 50 years. In that time, our collective awareness of injustice has skyrocketed, but the real indicators of progress – things like high school graduation rates and median incomes for Blacks, Hispanics, and Native Americans – continue to tell a story of inequality and lives lived on the margins of opportunity.

Imagine a child, born in a low-income, minority family living in a low-income neighborhood in an American city. Now imagine that that child has the same numbers that a child born to middle-class white parents has: the same life expectancy, the same likelihood of getting a college degree and a job that pays well, the same overall income. Achieving equity is by no means straightforward, but at a minimum, we should know what we are working toward and that we must all work together to get there.

Aaron McKeon, AICP, is a transportation and environmental planner with more than 20 years of professional experience. He is currently based in Syracuse, N.Y. where he is involved in both long-range planning and project-specific solutions. His most recent projects have focused on livable streets, equity in transportation, and approaches to tactical urbanism. Aaron is a member of American Planning Association and Planners Network.