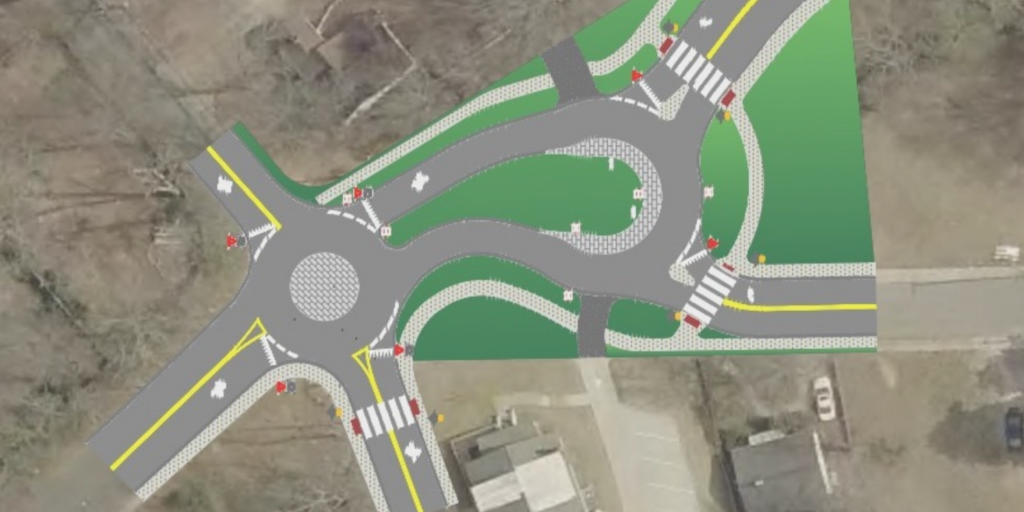 Concord, N.C., is converting one of its intersections into a roundabout with an innovative, mini roundabout teardrop design.

The intersection, which connects Spring St., Chestnut Dr. And Broad St., is heavily traveled, according to a city brochure for the roundabout.

Construction is set to begin on Nov. 9, and will take about six months, according to a city news release. The city is partnering with Performance Managed Construction to complete the project.

The mini-teardrop design of the roundabout is proven to be safer, more aesthetically pleasing, more economical and more efficient than conventional intersection designs, according to the brochure. The mini roundabout teardrop is expected to reduce the risk of fatalities by 90 percent, per the news release.

Traditionally, teardrop-shaped roundabouts are associated with ramp terminals at interchanges, according to the Washington State Department of Transportation (WSDOT)’s Design Manual.

Mini roundabouts have proven to increase operational efficiency, traffic safety, traffic calming and access efficiency, according to the Federal Highway Administration. However, they don’t allow for as much speed reduction or landscaping on the central island as larger roundabouts allow. They also don’t allow many trucks to make U-turns.

Roundabouts in general reduce the occurrence of accidents that include serious injuries or death by between 78 and 92 percent, according to the Federal Highway Administration.