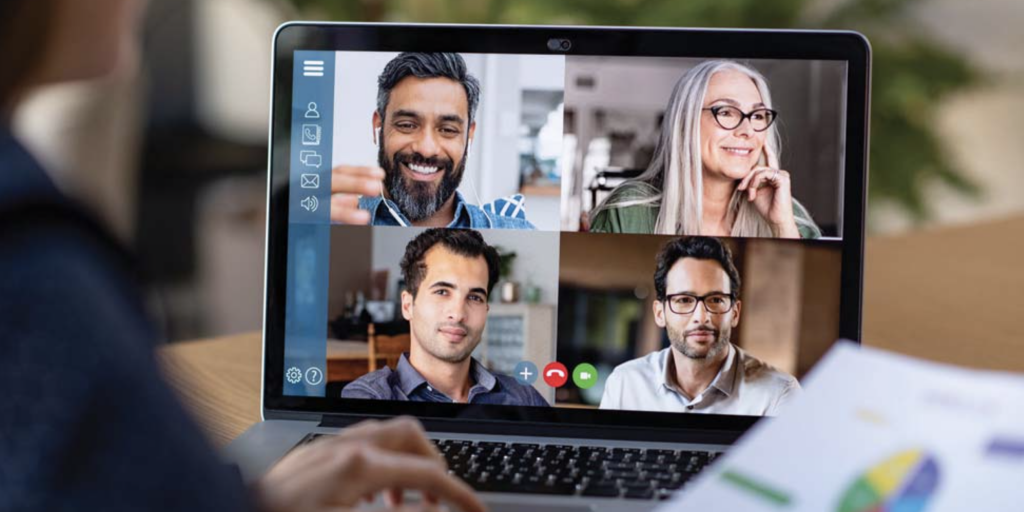 Public office from the home office

On March 10, San Rafael, Calif., officials began looking into holding virtual public meetings, according to San Rafael City Clerk Lindsay Lara. As the threat of the novel coronavirus outbreak loomed, city officials figured that people would prefer to not physically come to meetings. Nevertheless, officials wanted to give those people an opportunity to have their voices heard.

To Lara’s office at the time, providing the option of attending a virtual city council meeting seemed like, “it was just going to be this thing we were offering that was kind of above and beyond what anyone else was going to be offering,” she says.

As the outbreak has continued to pummel the country, it has thrust the local public meeting — like many American institutions — into uncharted territory.

Within that territory, it has faced a feasibility crisis: how can a public meeting be held if meeting in public is dangerous or even illegal? How can this cornerstone of American democracy function while following shelter in place and social distancing rules?

Digital technology has proven to be the public meeting’s saving grace in the age of COVID-19. Within days of being brainstormed, San Rafael’s idea for holding virtual public meetings shifted from being a luxury for residents to being a necessity for many local governments.

As the shift from in-person meetings to virtual ones continues to sweep the U.S., local governments that have adopted virtual public meetings are continuing to discover what methods and practices work best for holding them from one’s home.

This shift hasn’t been without its bumps. For instance, a virtual Chicago City Council meeting held on April 24 erupted into exclamations of profanity and accusations of misbehavior between officials, a Chicago Sun-Times report shows.

“Well, obviously having virtual City Council meetings has its moments,” Chicago Mayor Lori Lightfoot said after the meeting, according to the newspaper.

Additionally, multiple local governments have reported being Zoom bombed, which refers to individuals intruding into video conferencing meetings held on platforms like Zoom. These intrusions often result in the intruders shouting obscenities or streaming pornography onto participants’ screens.

“It was kind of scary to delve into this realm,” Lafayette, Colo., Communications Director and Assistant to the City Administrator Debbie Wilmot says. “We weren’t quite sure how that was going to work, especially with a lot of the stories that we had been hearing of the Zoom bombers coming in and creating a ruckus for meetings and having to close down meetings.”

However, as the coronavirus outbreak threatened the country, the Lafayette City Council wanted its meetings to remain transparent and to allow as much public participation as possible, Wilmot says. So, officials decided to convene all council members and city staff presenters into a Zoom meeting.

The meetings can be viewed in a few ways — people can watch meetings on the government’s cable access channel, as a live stream on the city’s website, by logging into Zoom and watching it there by calling in through
a phone line or watching a recorded version on the government’s website the following day, Wilmot says.

Residents can also participate in public comment during meetings by calling in on a phone line, by watching the meeting on Zoom or by submitting written comments before the meeting, which are read during the meeting, according to Wilmot.

“We just looked at it from a perspective of accessibility for everyone,” she says of the multiple ways for participation. “If somebody didn’t have computer access for instance, we wanted to give them the opportunity to call in on their landline if that was the only mode of communication they would have.”

Lafayette is using a paid version of Zoom and has security protocols in place that have kept them secure from Zoom bombings so far, Wilmot says.

Similarly, San Rafael uses the paid Zoom Webinar as a way for residents to participate in its virtual meetings via phone. One of its strategies to keep Zoom bombers out is by not allowing people to share their screen, to use video or to use the chat feature in Zoom meetings. In doing so, San Rafael officials are really just making their meetings unattractive for Zoom bombers to disrupt, Lara says.

In addition to Zoom Webinar, the city streams its virtual meetings via YouTube Live, which also allows people to issue public comments in real-time via the live chat, Lara says.

For Lara, one of the most important things that San Rafael staff did to prepare for virtual meetings was conducting ample testing. “We were testing like every day, testing nonstop. We were testing the [open broadcaster streaming software] we were using as the connector between Zoom and YouTube,” Lara says. “We were testing our overlays, we were testing latency… we moved to a gigabit fiber connection to increase our internet speeds significantly.”

Testing extended to training the council and the mayor — Lara did one-on-one test runs with individual council members to ensure that their sound, lighting, angles and backgrounds would appear professional for virtual public meetings.

Nonstop testing is the first thing that Lara recommends as far as best practices for virtual public meetings goes. This includes chat functions, phone lines, feedback loops and more. Communicating instructions and any nuances of virtual meetings to constituents is also important.

Lara says the most important best practice is to create a script for the city council to follow and sharing it with the entire legislative body. People talking over each other can be an issue in virtual meetings, and not having social cues to pick up on can be difficult in figuring out when someone wants to speak.

Creating a script however, made meetings simple and straightforward to follow.

“I think that provided a good amount of comfort and structure to the meeting,” Lara says. “It allowed the mayor to be able to truly manage the meeting in the way that he would be able to in person. And it also I think, just gave comfort to everyone who was participating, to have [a] very clear guide on how the meeting was going to be run throughout the process.”

Dane County, Wis., has taken the concept of a script one step further — its staff have compiled an online toolkit to detail the best practices county officials have used in holding virtual public meetings, as well as discoveries that officials have made in the process.

Dane County certainly has expertise in the matter —its first virtual public meeting was held on March 19. After Dane County Board of Supervisors Chair Analiese Eicher made a Facebook post of herself and the county clerk running the first remote meeting on the GoToMeeting platform, she says that she received lots of inquiries about the meeting.

County staff decided that since they had been building a toolkit for themselves, “how about we do something that’s a little more public facing so that other communities don’t have to go through the trial and error that we went through in making this happen,” Eicher says.

For Dane County, a successful meeting has multiple components, according to the toolkit. Several of
these components relate to the pre-planning of the meeting. Essential staff should hold a conference call after the meeting has been set to determine the staff’s roles. Only essential items should go on the meeting agenda. Motions should be arranged ahead of time.

Once the meeting has started, a verbal roll call should be conducted, and the chair should subsequently make virtual public meeting etiquette announcements. Robert’s Rules of Order and Board should be followed, as well.

For Eicher, the transition to virtual meetings has been an easy one, she says. Incidentally, prior to the outbreak, the Dane County Board had been discussing how to facilitate supervisors’ remote participation in meetings to allow for travel, family issues or medical issues that could crop up and prevent a supervisor from attending meetings in-person.

Changes derived from those discussions passed during the county’s April 21 meeting. So, while Eicher admits she’s very much looking forward to having in-person meetings again, these virtual public meeting-related best practices and procedures could present utility beyond just holding virtual public meetings during a global pandemic.

“I think everyone is really ready to come back together and to be together in person,” Eicher says. “But I do think it’s useful and helpful, particularly from an accessibility standpoint, that we have made some changes to our rules and ordinances to allow more remote participation.”