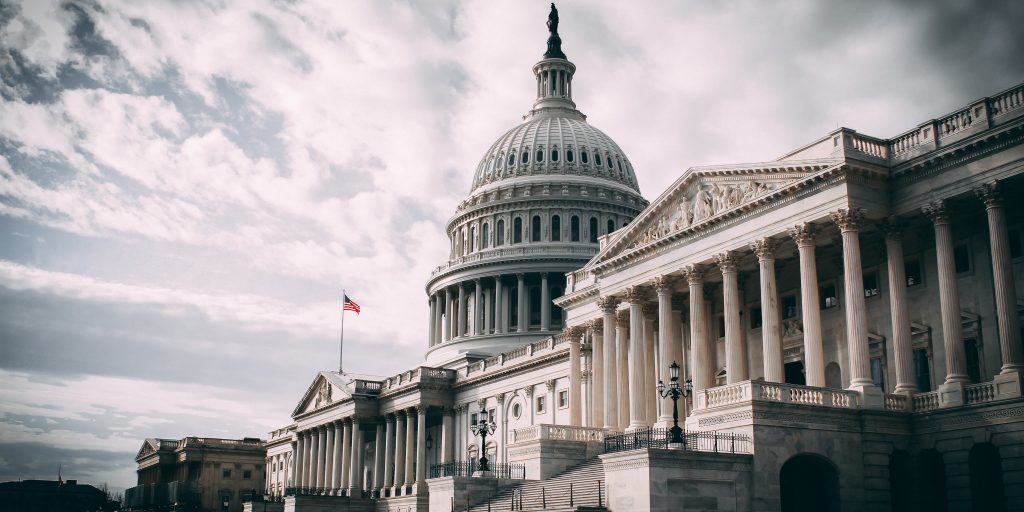 Rep. Thomas Massie (R) of Kentucky attempted to derail the bill, drawing ire from colleagues on both sides of the aisle, according to CNN. Using what the news source described as “an unusual procedural move,” Massie compelled house members to retrun to Washington despite uncertainty over whether he could request a full roll-call vote. This forced many to travel during the public health crisis only to deny his demands.

THURSDAY, MARCH 26: After contentious debate, the Senate today passed a $2 trillion relief package to help businesses and individuals during the COVID-19 pandemic. Included in the package is $500 billion for state and local governments to speed recovery.

The measure passed unanimously, although there were only 96 senators present – four are currently in quarantine for exposure to the virus, according to Time magazine.

“Over the past few days, the Senate has stepped into the breach. We packed weeks or perhaps months of the legislative process into five days. Representatives from both sides of the aisle and both ends of Pennsylvania Avenue have forged a bipartisan agreement in highly partisan times, with very little time to spare,” Senate Minority Leader Chuck Schumer said on the floor in remarks preceding the vote, per Time. “It’s been a long, hard road, with a remarkable number of twists and turns, but for the sake of millions of Americans, it will be worth it.”

According to the full text of the bill payout of the $500 billion will be divvied up by state population, and local governments can apply for funds from their state’s pool of cash. It’s not immediately clear exactly how much each local government might be eligible for, but the National League of Cities as well as the U.S. Conference of Mayors have both called on Congress to designate at least $250 billion for cities to aid in the recovery process.

“Cities are the front lines, immediately addressing this crisis and taking actions to protect public health and ensure public safety while continuing to provide core services to our citizens. But as you know, we are at the beginning of this pandemic, and further action must be taken to address the public health and economic impacts of this disaster.” A bi-partisan letter from the Conference reads. “Without significant federal assistance, we soon will be faced with having to make decisions that could include laying off employees, cutting budgets and reducing or eliminating critically needed services.”

The measure will now head to the House of Representatives. If it passes there, it will go to President Donald Trump’s desk for final approval, Time reports. While it’s not guaranteed, Senators from both sides of the aisle are confident their bill will be approved by the Democrat-lead House.