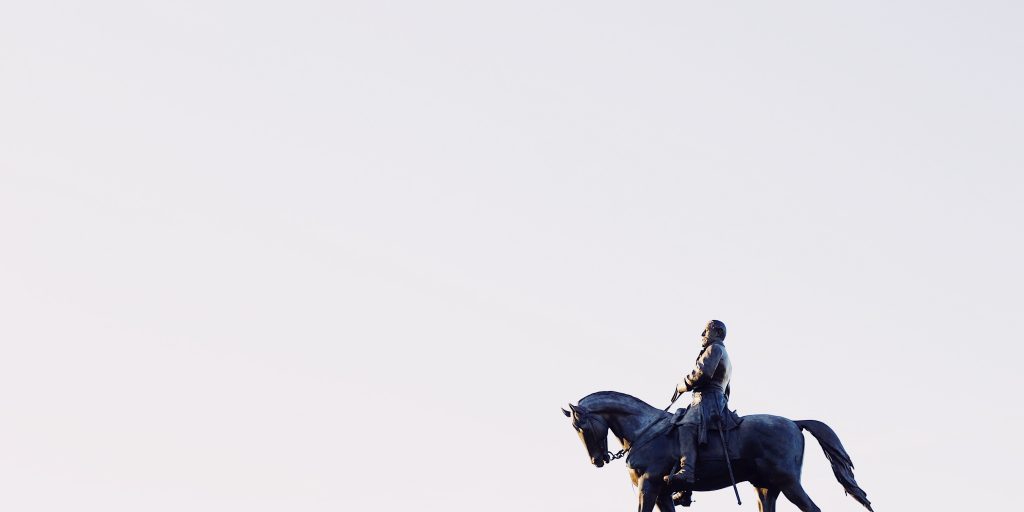 In a symbolic vote, the Richmond, Va., City Council requested that the state government give municipalities the authority to determine the fate of their Confederate monuments should the state law protecting them change.

The law currently limits local government’s authority to remove or alter war memorials, the Richmond Times-Dispatch reports. Attempts to overturn that law – particularly after the deadly 2017 white nationalist rally in Charlottesville, Va., – ultimately failed due to resistance from the then Republican-controlled General Assembly. However, now that Democrats are in charge for the first time in nearly thirty years, many feel the law will be amended.

Michael Jones, the 9th District councilman who proposed the resolution making the request, has made his viewpoints clear about the state’s many Confederate monuments – particularly those along Richmond’s famous “Monument Avenue” where five statues commemorating Confederate officials were erected between 1890 to 1929, the paper reports. He’s said he feels they are symbols of racism and white supremacy that should be removed; however, he thinks that decision should be up to the residents of the communities in which the monuments stand.

“It’s not about tearing down statues. It’s not about erasing or changing history. That’s not what this is about,” Jones told the Times-Dispatch. “This is about us, as legislators, doing what we were elected to do.”

After the vote, Mayor Levar Stoney shared his support on Twitter. “I’m encouraged that the Richmond City Council has taken this important step to tell the VA General Assembly that localities like Richmond need the authority to determine and control public spaces which reflect their values in 2020, not 1920,” he wrote. “Now the ball is in the GA’s court.”

Richmond’s monuments and others like it have long been the cause of debate and divisiveness, and day after the vote tumult was once again raised. An unknown vandal or vandals spray painted two Confederate statues along Monument Avenue with the slogans “This is racist” and “God is gay,” according to local TV station WRIC