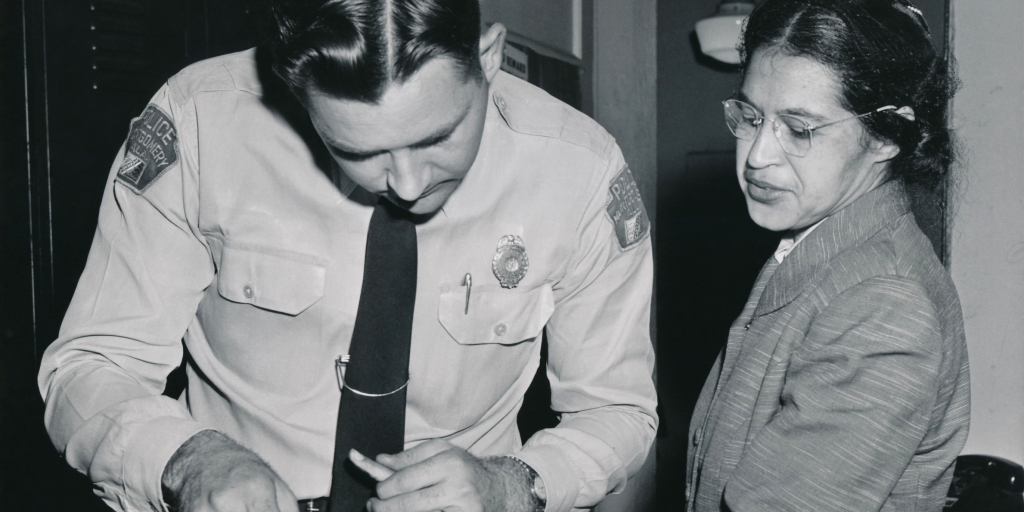 Sixty-four years ago, Rosa Parks was arrested in Montgomery, Ala. This week, a commemorative statue of Parks was unveiled in the city’s downtown square.

On Dec. 1, 1955, Parks, an African American seamstress, refused to give her seat on a public bus to a white passenger, according to Politico. That evening, she was arrested for disobeying state law. The subsequent year-long public transit boycott and related Supreme Court case putting an end to segregation on public transportation cemented her legacy as the “Mother of the Civil Rights Movement.”

On Sunday, Montgomery leaders dedicated a life-sized bronze statue in honor of her courageous stand against prejudice and systemic racism, just feet away from where she stepped aboard the bus, according to city materials.

“To stand here today as Montgomery’s mayor where Mrs. Rosa Parks stood defiant against systemic injustice infecting our community and our country speaks to the magnitude of this moment and the progress achieved in our city,” Steven Reed, the city’s first African American mayor, said in a statement. “This progress, coupled with the dawn of a new era of reconciliation and revitalization, underscores Montgomery’s status as the Birthplace of Civil Rights and a light unto the world.”

After Parks’ historic ride, she went on to work as an administrative assistant to the late U.S. Representative John Conyers, who was a founding member of the Congressional Black Caucus, according to CNN. She was awarded the Congressional Gold Medal in June 1999 and passed away in 2005 at the age of 92.