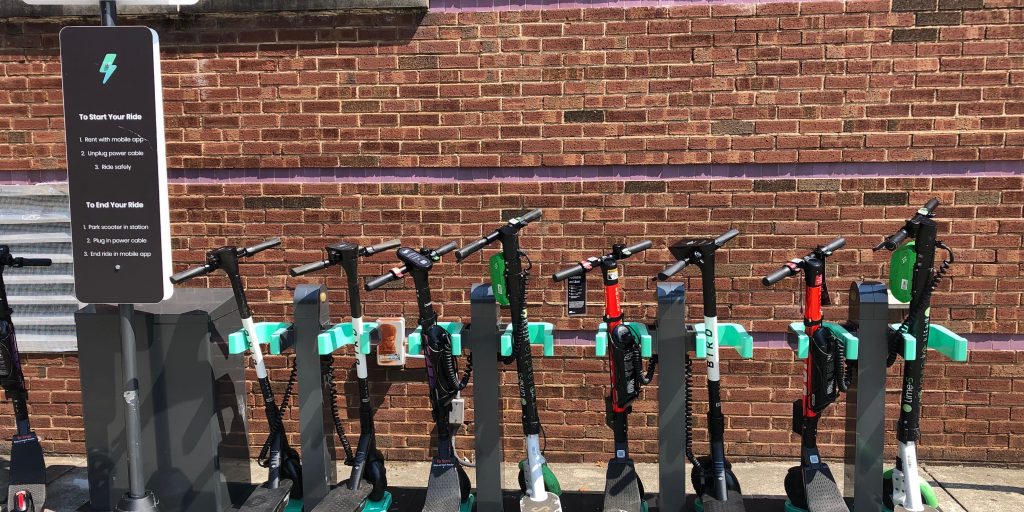 City officials nationwide seem to have caught the electric scooter bug that has made headlines around the world as the ‘micromobility’ trend. Part of the “last mile revolution,” this surge of e-scooters around the globe has already changed the lives of millions for the better, but has also created many new challenges for cities that are rapidly increasing.

The draw of these vehicles is simple: an eco-friendly way to travel avoiding the slower pace of walking and the potential delays and congestion of driving or public transit. But what does utilizing this mode of transportation actually look like for cities?

Put simply, e-vehicle companies such as Lime or Bird, dump scooters and bikes in a community. Users become members on the e-vehicle’s respective apps, use the scooters/bikes, ride the vehicles to their destination and leave the scooter or bike on the sidewalk for ‘juicers. Juicers are people who are paid to recharge the e-scooters and deposit them back in designated areas. The micromobility market is currently estimated at $17 billion and projected to grow to $500 billion by the year 2030.

Here’s the catch, though – as an inherently dockless model, thousands of units are strewn over cities each day, which has clouded the micromobility revolution with controversy. Some major urban centers like San Francisco, Los Angeles, New York, Portland, Austin and Tampa have even considered banning scooters or implementing strict regulations.

It is becoming evident that in order for the growth and longevity of e-vehicles and micromobility to be sustained, hazards that come with the dockless model need to be addressed. In Atlanta, city officials have recognized a solution of charging, service and docking stations from GetCharged, (“Charge”), a micromobility company building a network of docking, charging and service stations for e-scooters and e-bikes to actively facilitate mass tech urbanization.

Atlanta will host to Charge’s first stations, with two initial installations and more rolling out within the next few months. The next U.S. city to deploy stations is Los Angeles, followed internationally by Paris, Lisbon and Brussels.

As the micromobility industry continues to be introduced to cities around the globe, local government needs to be engaged at all levels. Through this process, Charge is taking great measures to ensure that the necessary infrastructure to successfully avoid the chaos and potential danger for pedestrians and users alike across all communities including low income and developing neighborhoods is being implemented.

In addition to helping city planners and rideshare operators, docking stations for the currently dockless scooters and bicycles offer property owners an opportunity to earn additional revenue from current unutilized parking spaces. Charge’s docking stations do not cost any money for the riders of scooters and aside from the initial installation costs, there are no costs to the city either. In fact, charging stations are a source of revenue as Charge works with city officials to monetize the property on which the station is installed.

The integrity of a city should be factored in when officials consider embracing micromobility. By creating efficient infrastructure – from charging stations to adequate lanes that don’t interfere with traffic – cities can help empower the global micromobility movement with a seamless, green and accessible infrastructure offering.

Andrew Fox is the co-founder and CEO of GetCharged.